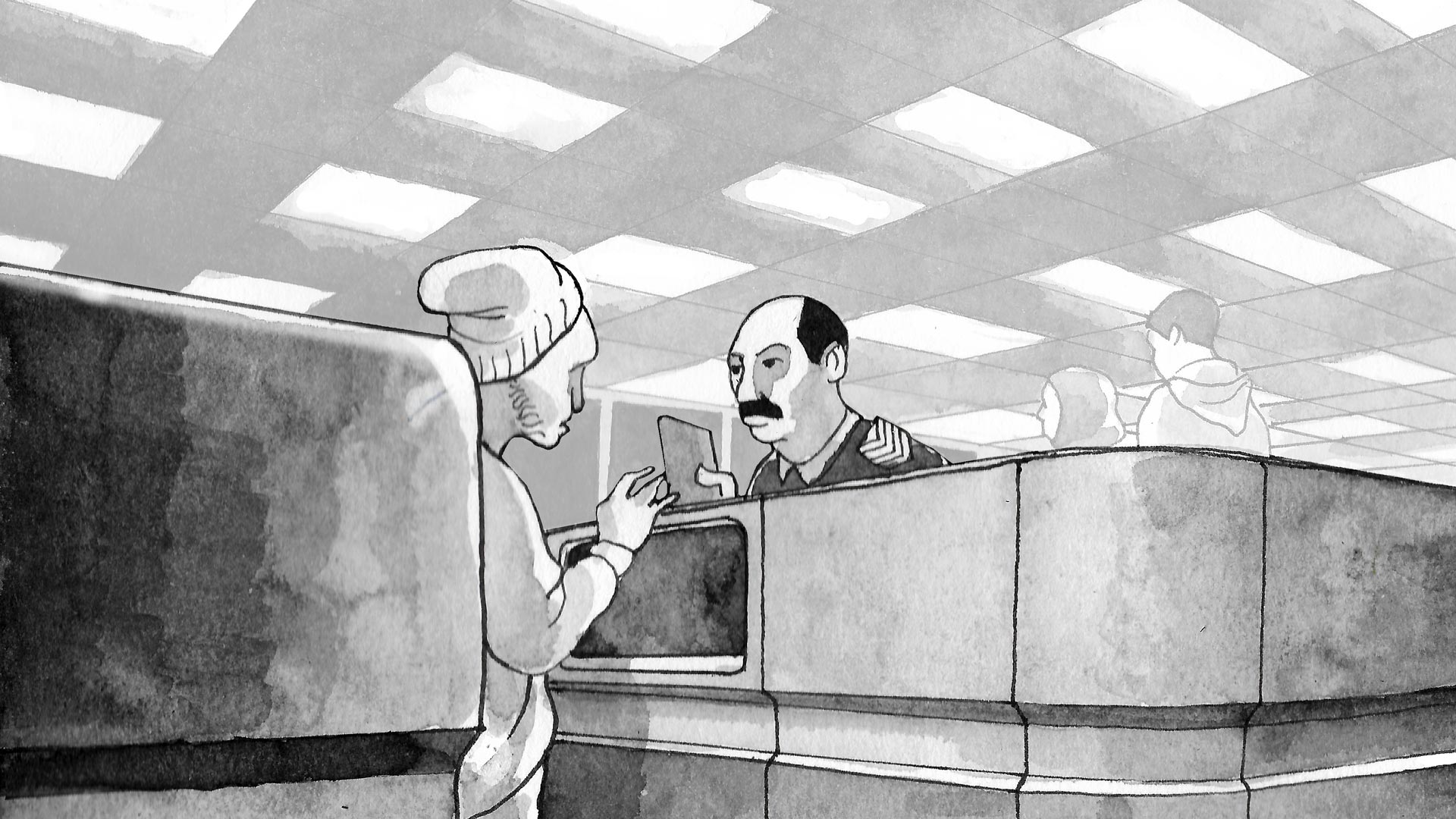 Christophe Cotteret
| 16 April 2021 | 20 minutes
Should Tunisian ex-combatants of the Islamic State be repatriated en masse in order to be brought to justice? This is a divisive issue in Tunisia. For many this would be entirely out of the question. Given the widely differing estimates, it would be tricky to try to present an exact number of potential returnees*, thus the National Security Council has decided that for the time being, only a few individuals will be repatriated. However, the challenge remains in the inability to guarantee a fair trial.
Investigation 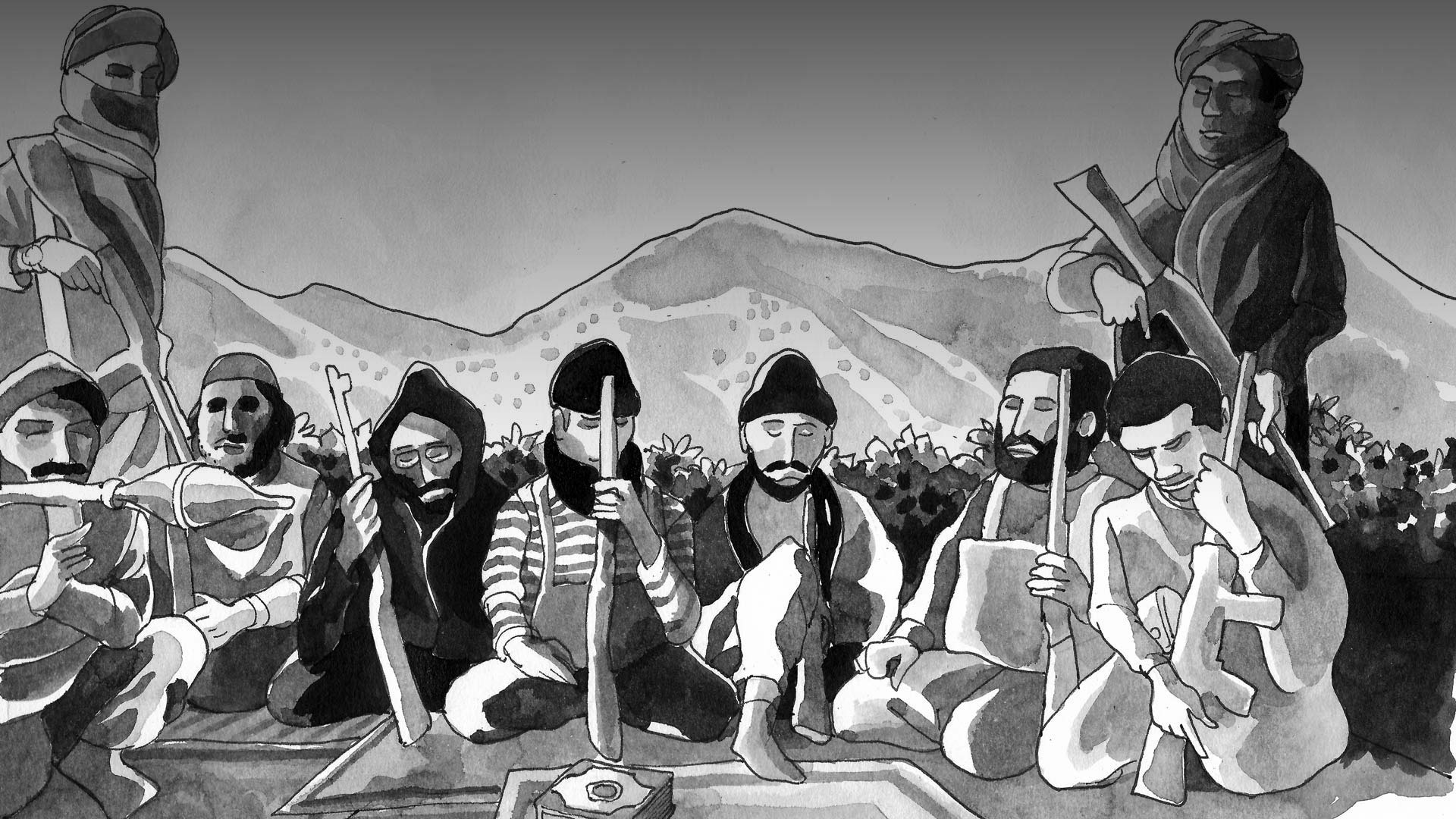 Christophe Cotteret
| 08 April 2021 | 15 minutes
Following the two terrorist attacks in Ghriba and Soliman (2002 and 2007 respectively), the propagated image of terrorism not being native to Tunisia was shattered. In 2011, a general amnesty for all political prisoners (including those involved in the Soliman attack) further contributed to the already fragile security situation. Between political negligence and tightened security, the handling of terrorism-related cases in Tunisia over the past two decades provides necessary insight for understanding the precarious situation today.
Investigation 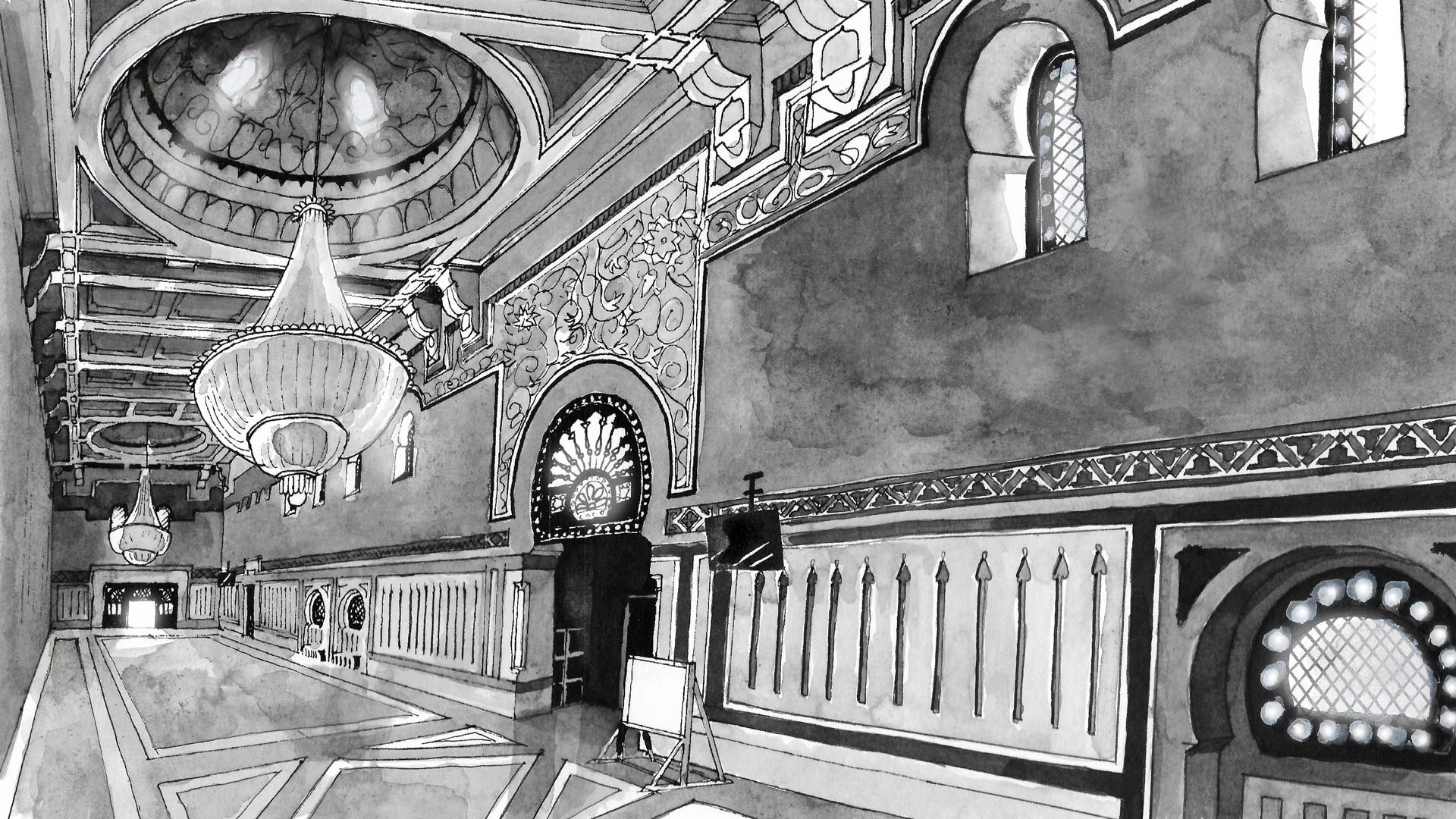 Christophe Cotteret
| 24 March 2021 | 20 minutes
Inside courtroom No. 6, the accused appeared respectively before the judges and the lawyers as their families anxiously observed. From the tremendous amount of pressure, one woman collapsed. Her father, among the onlookers, broke into tears. It is inside this courthouse where hearings were endlessly held, condemning hundreds of suspects for being directly or indirectly linked to cases of terrorism. These young people embodied the painful debate concerning the justice system, security institutions, and the public opinion.
Feature story

"One of Two Thousand“ - The Ordeals of Rania Amdouni, at an Intersection of Social Struggles 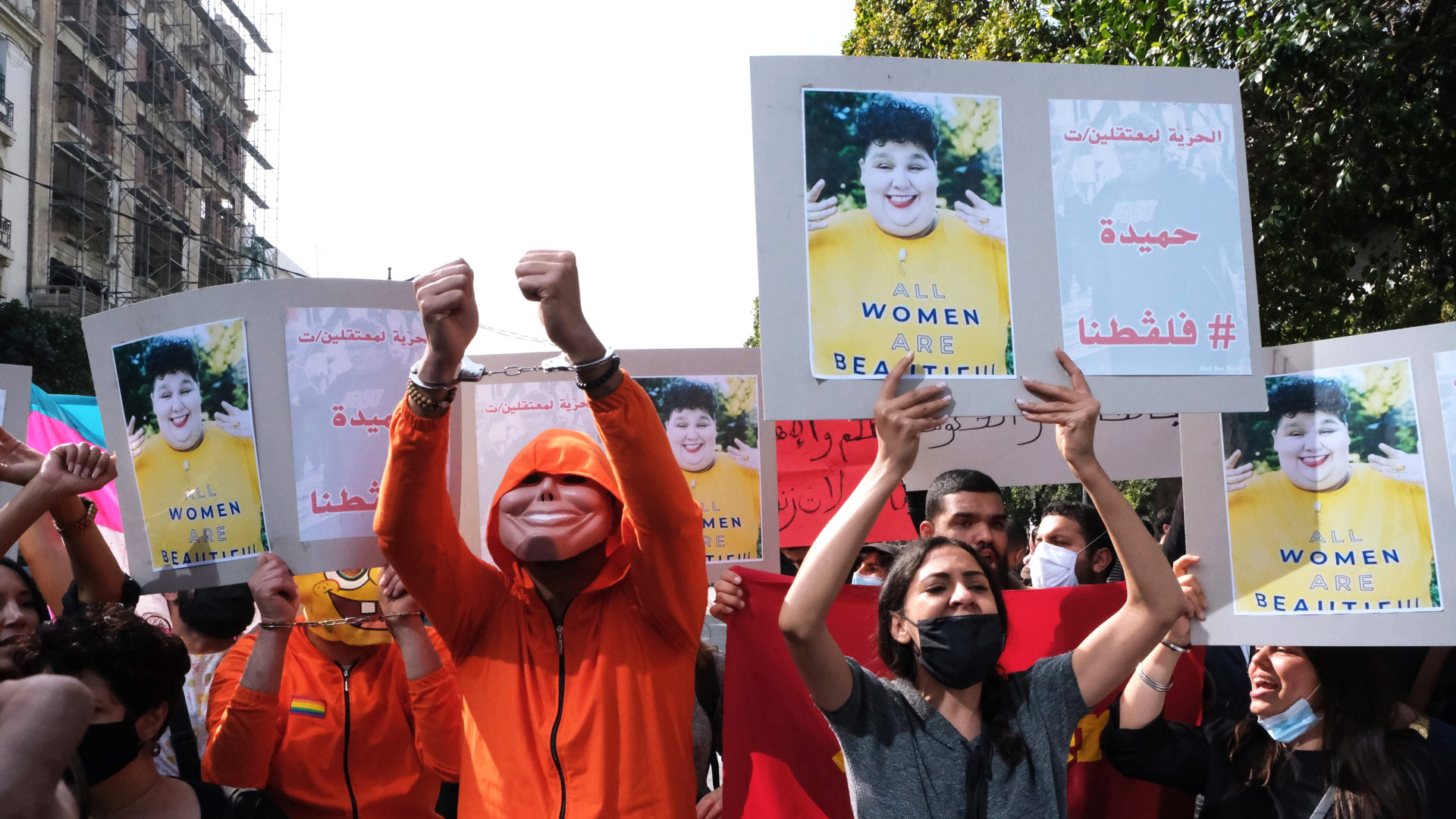 Noujoud RejbiYasmine Ben Ammar
| 17 March 2021 | 10 minutes
On Wednesday March 17, 2021, Rania Amdouni's appeal takes place.  Arrested while trying to file a complaint against police officers, Rania was charged and sentenced to six months in prison. Rania is a queer activist, and together with many others, she has been an active and visible participant at the recent protests regarding the Law Enforcement Protection Act and demanding increased justice.
Investigation

Italian waste: the vast corruption network behind the environmental scandal

Aida DelpuechIrpiMedia
| 09 March 2021 | 12 minutes
For several months, the major scandal of illegal importation of household waste from Italy has been shaking the country. Apart from the environmental aspect, numerous documents obtained by Inkyfada and the Italian investigation network IrpiMedia corroborate a trail of evidence exposing a vast network of corruption.
Explained

In numbers. Arbitrary arrests and violence... A month of repressed demonstrations 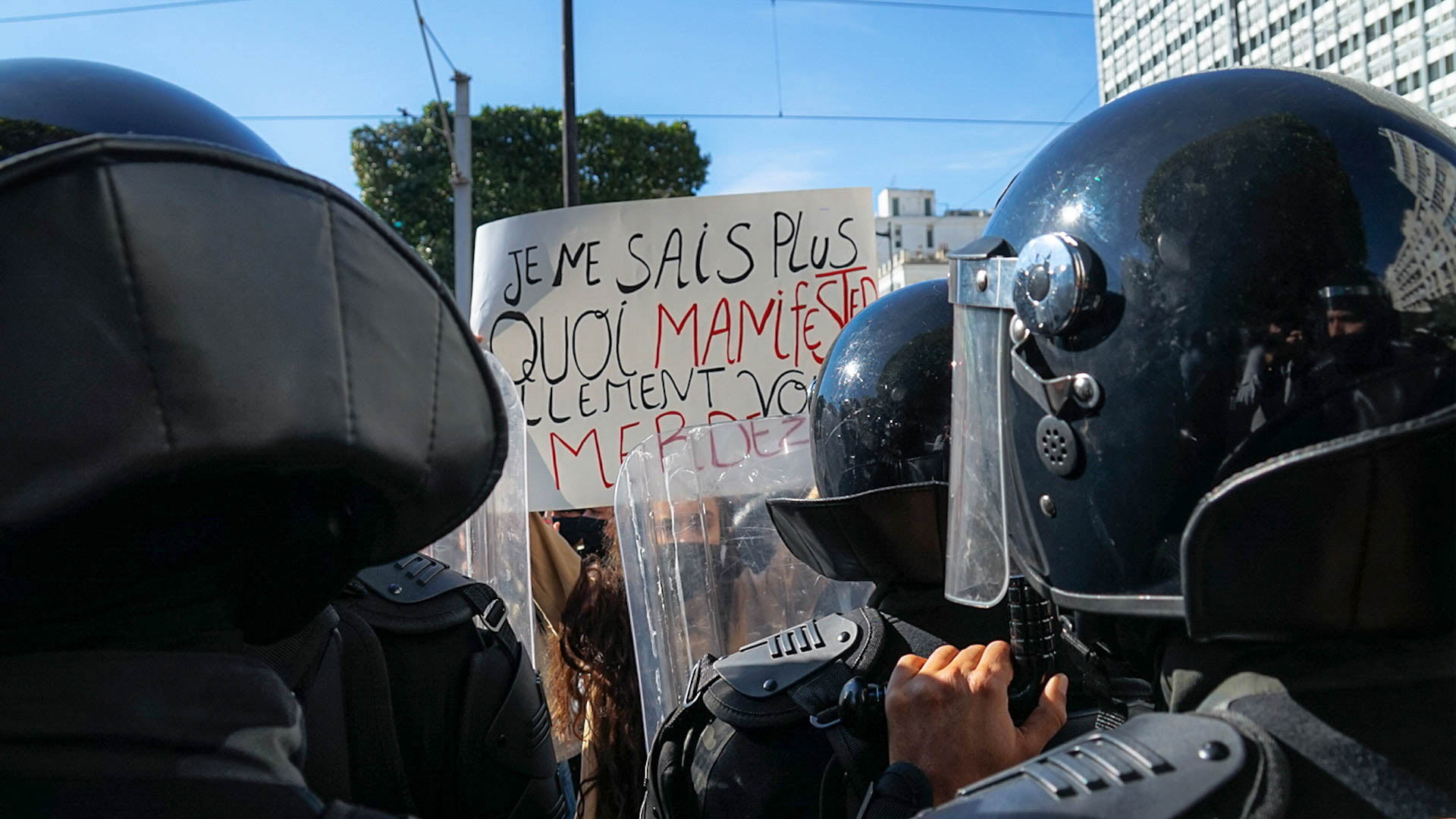 Noujoud Rejbi
| 03 March 2021 | 10 minutes
Countless demonstrations have been taking place throughout the country since January 14, 2021. According to official sources, nearly 1,000 people have been arrested during these demonstrations in less than a month. Inkyfada takes a look at the repression methods and human rights violations directed towards the protesters. Many of them, including minors, recount beatings, assaults and intimidation methods during arrests.
Explained

All you need to know about Covid-19 vaccinations in Tunisia 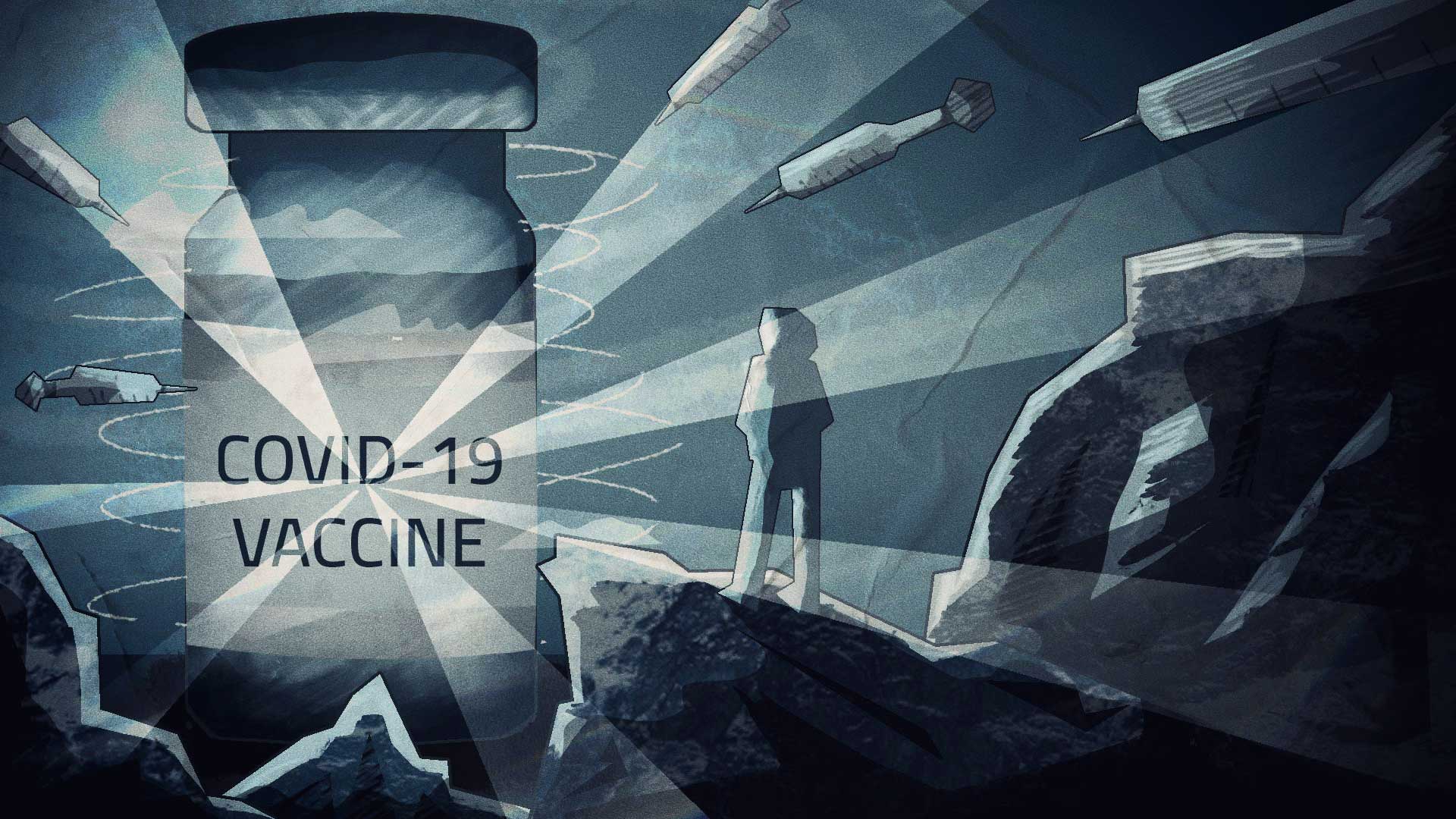 Noujoud Rejbi
| 02 March 2021 | 7 minutes
Pfizer, Sputnik V or AstraZeneca/Oxford - which vaccines will be administered in Tunisia against Covid-19? Who will be vaccinated first? When will it start? Inkyfada provides you with the latest information.
Dataviz

The COVID-19 Epidemic in Tunisia, in figures 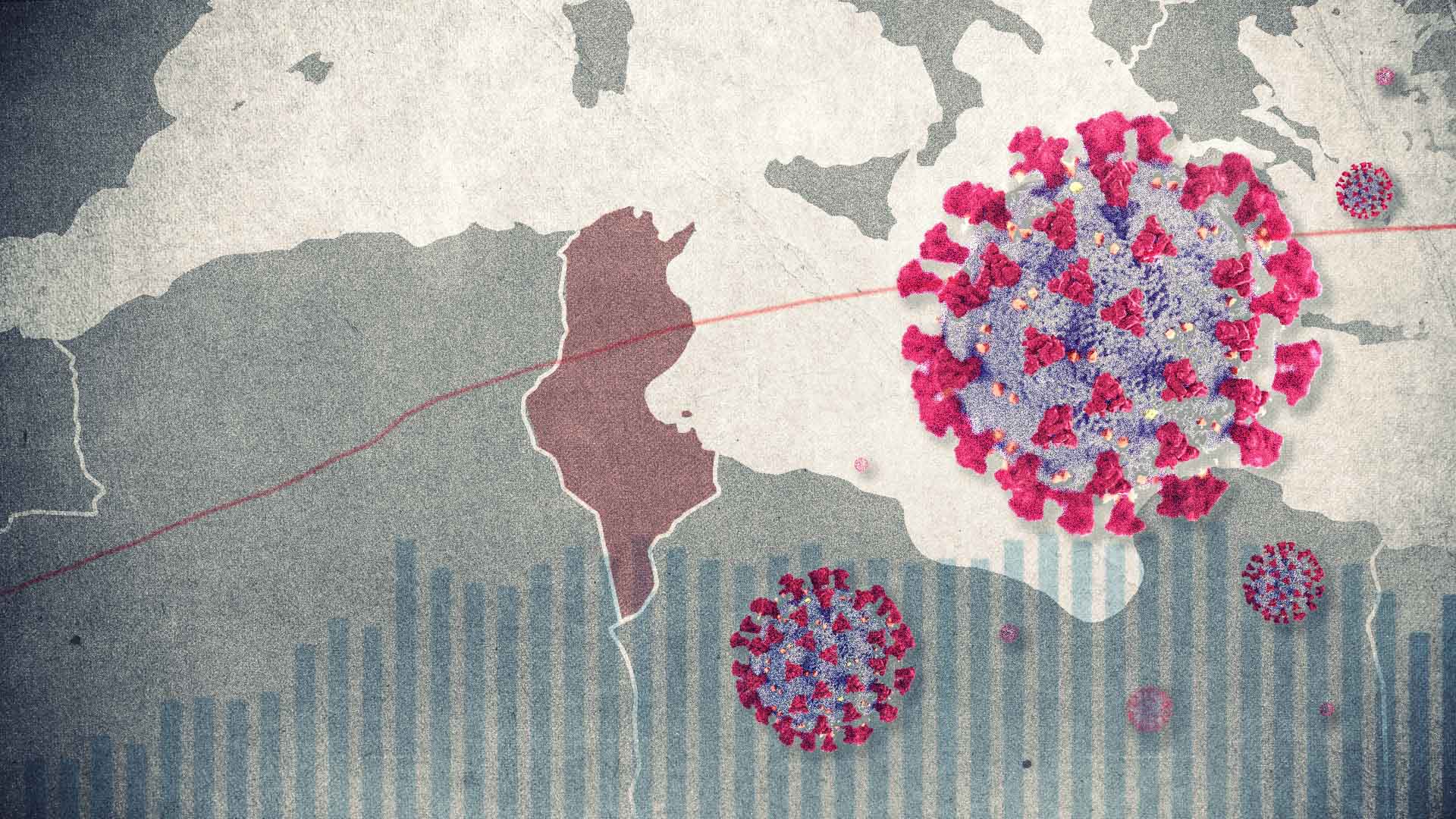 the Editorial Team
| 26 February 2021 | 15 minutes
Number of infections and recoveries, death toll, number of intensive care beds available... One year after the beginning of the epidemic, where does Tunisia stand with regard to Covid-19? inkyfada has gathered a large amount of data on the health situation in the country. Using interactive maps and graphic charts, discover all the key figures of the evolution of the epidemic. Article updated regularly.
Stouchi 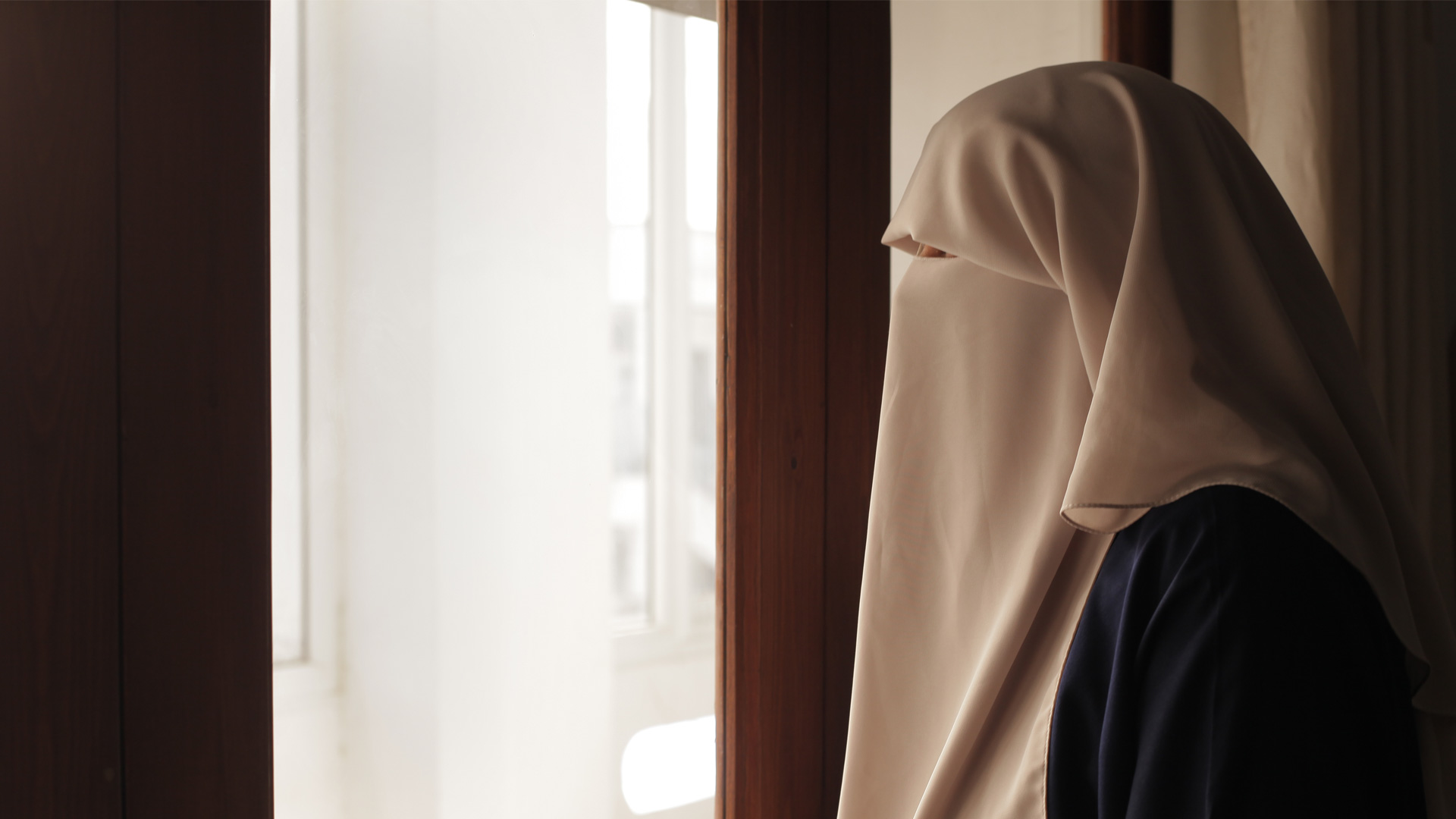 the Editorial Team
| 26 February 2021 | 0 minutes
Neziha* recently quit her job at a private religious school and now has no income or health insurance. Both divorced and childless, she lives alone in a studio in her family’s old garage.
Firsthand 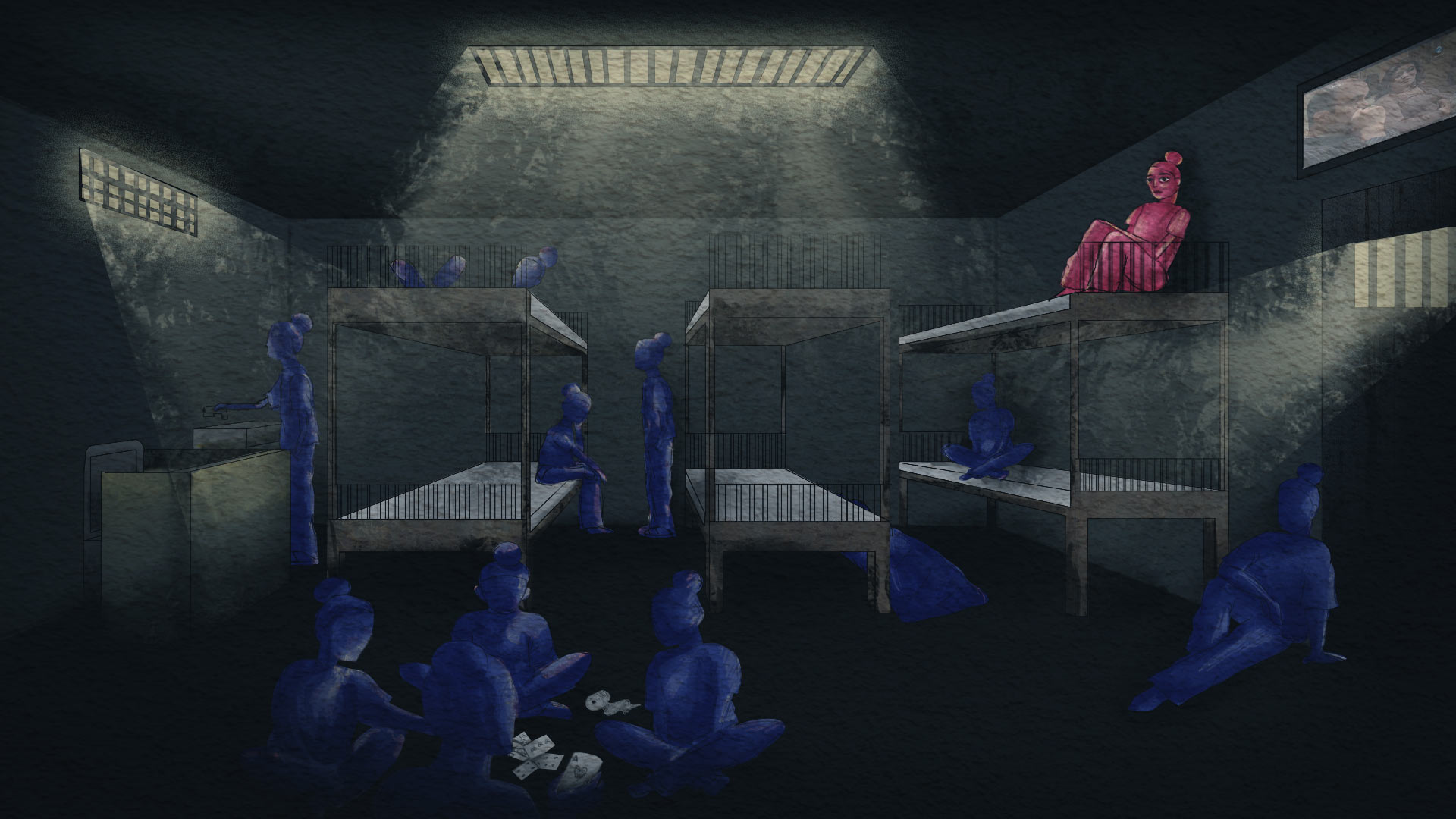 Morgane Wirtz
| 12 January 2021 | 10 minutes
I didn’t cry on the first night. I wasn’t afraid. I just felt like a nobody. I quickly understood that I had to stay strong, or else I would never be able to survive in there". Mariem* spent nine days in prison. She recounts her experience behind bars, the relationships between inmates, the sometimes violent prison guards, and various strategies to kill time when it seems immeasurable.
Feature story 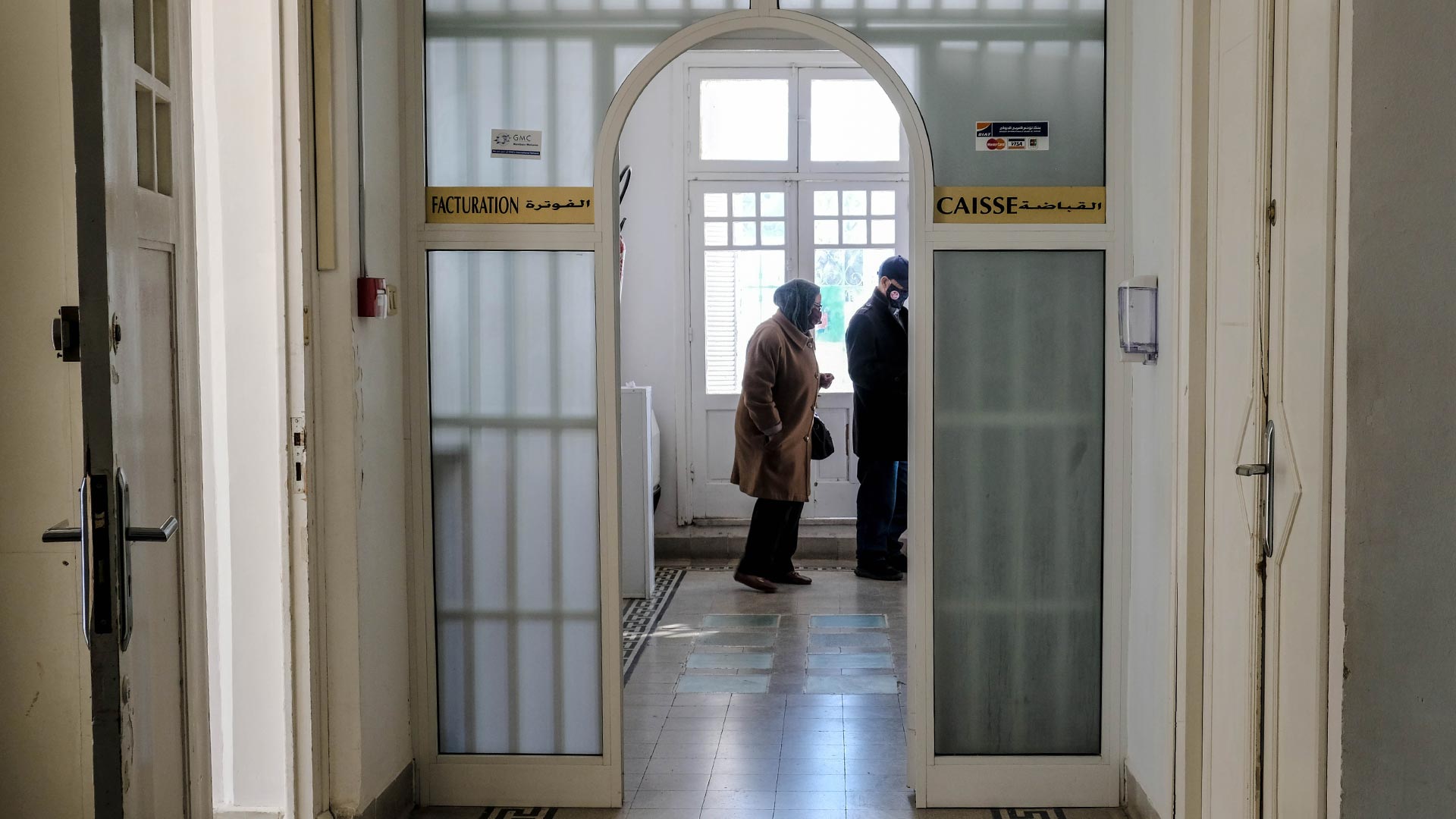 Aida DelpuechNoujoud Rejbi
| 15 December 2020 | 10 minutes
“I can’t afford to pay!” cries out Fadhila as she discovers her husband’s medical bill. Having caught Covid-19, he spent two weeks in an intensive care unit in a private clinic in Greater Tunis. The clinic in question is now billing him more than 20,000 dinars in expenses. Overcharging, lack of transparency and harassment - Inkyfada has gathered the testimonies of several families and healthcare professionals.
Stouchi 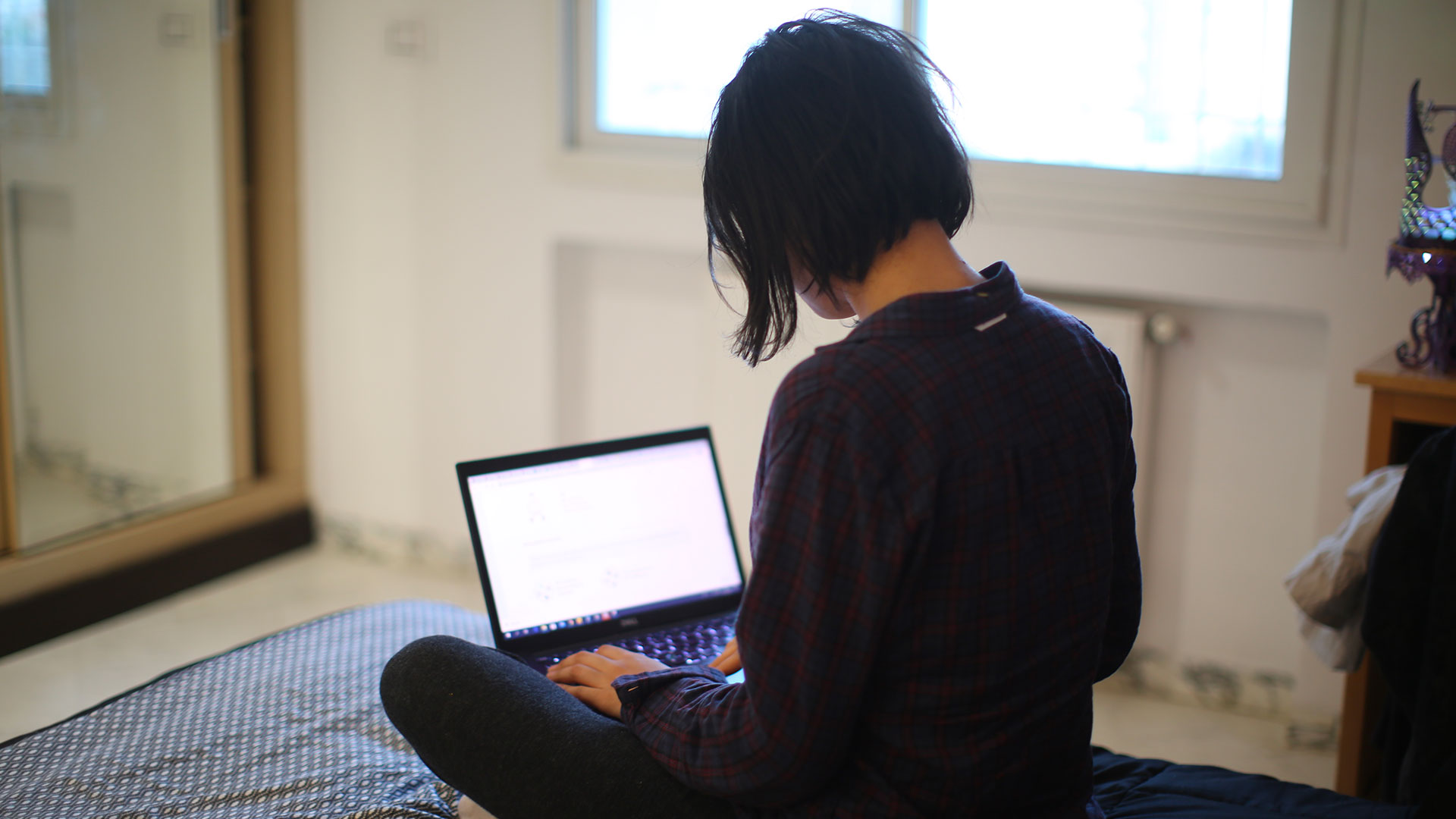 Johanne Fontaine
| 13 December 2020 | 0 minutes
For Nesrine, a customer service employee, the covid-19 pandemic has had a significant impact on her lifestyle. With remote work and limited outings, she shifted her focus to domestic activities but wasn't able to save money. Let's dive into her wallet.

This illustrated series is an original dive into the inner workings of the Tunisian antiterrorist justice system. The series is an extension of the documentary " Daech, le dilemme de la justice", and is comprised of investigations and interviews compiled over the course of two years, in an attempt to shed light on the issues of the Tunisian anti-terrorism agenda. Our team at Inkyfada managed to obtain unprecedented permission to depict the trials of terrorism-related cases in Tunisia. They had access to the inner workings of the courthouse, conducting exclusive interviews with the Tunisian judges and lawyers in charge of high-profile cases. These 5 episodes aim to explore the multiple facets of jihadism and antiterrorism mechanisms in Tunisia: covering the trials at the Tunis courthouse to the origins of this systemic 'disaster', as well as the risks involved in detainment and arbitrary control measures, and the repatriation of Tunisians detained in conflict zones.
Yasmine Perkins
| 04 December 2020
Investigation

At the Heart of Human Trafficking Networks in Libya 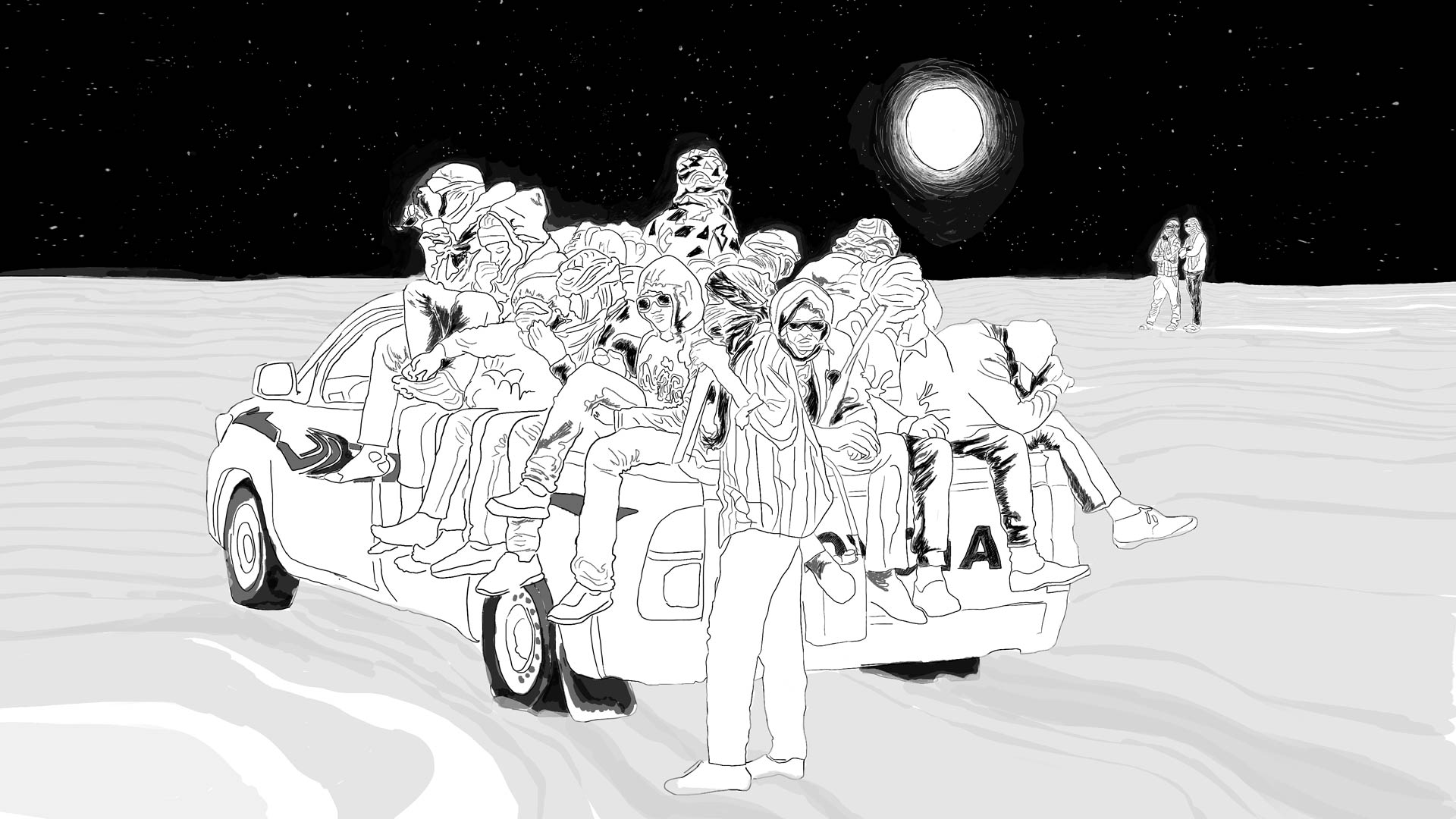 M.OA.M.A
| 01 December 2020 | 15 minutes
"Even from here in Agadez, I could have you sold over in Libya. Because all the smugglers who are here know the good and bad drivers. They know very well who to turn to if they want to sell their migrants”, says Abdoulaye*, a migrant turned smuggler in the north of Niger. Although he says that it is not his intention, the migrants that he sends to Libya sometimes end up in human trafficking networks.
Investigation

In Italy, the obscure deportation process of Tunisian migrants 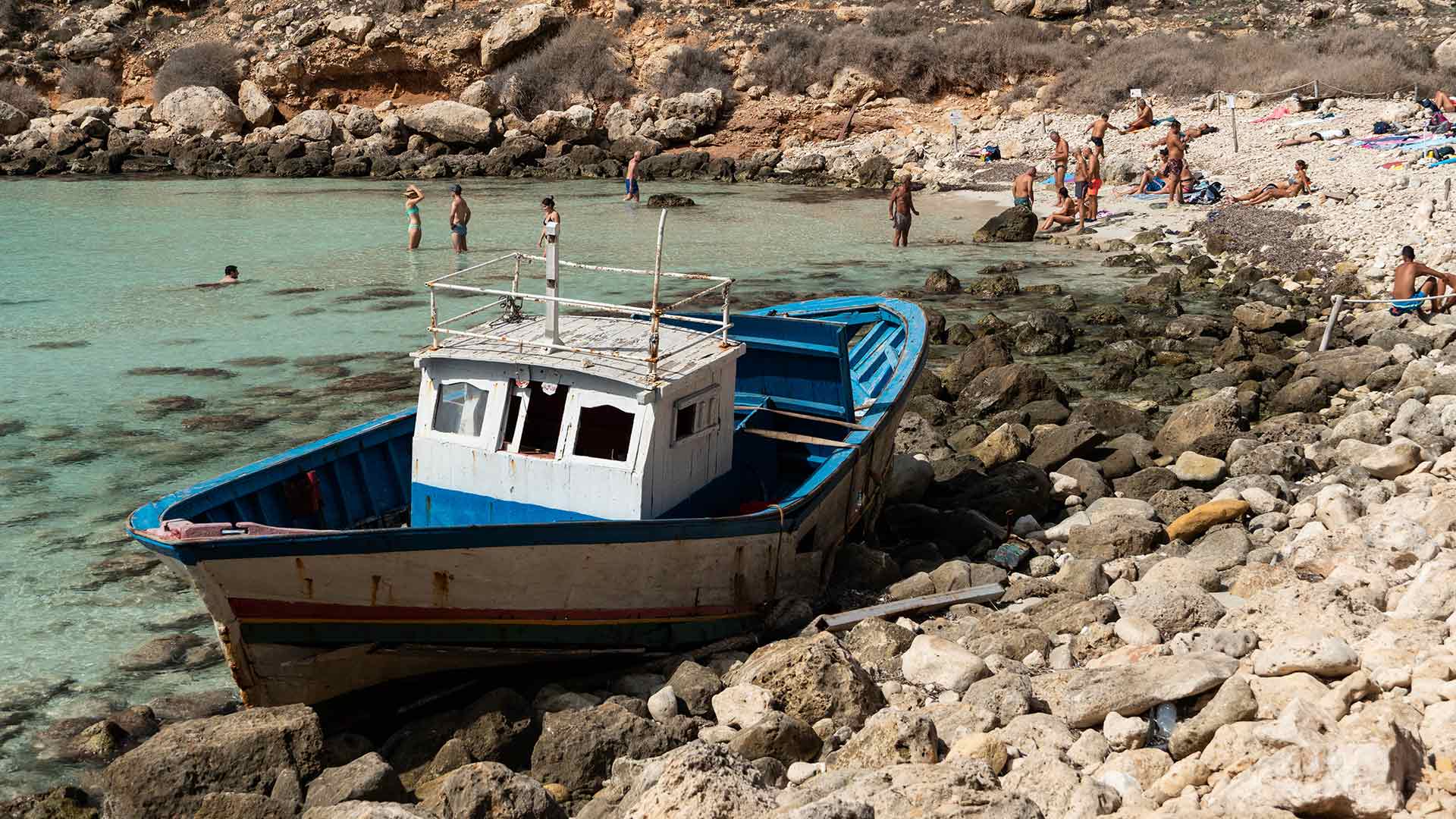 Arianna Poletti
| 26 November 2020 | 10 minutes
Renegotiated in August 2020, a bilateral agreement between Tunisia and Italy authorises Rome to repatriate Tunisian migrants. As has been denounced by civil society, the vagueness of the procedure allows authorities to deport migrants without them knowing their rights or being given the possibility of applying for asylum. This is an account of a journey in reverse; from Italy to Tunisia.
Feature story

Cinema and epidemics, a professional community in great difficulty 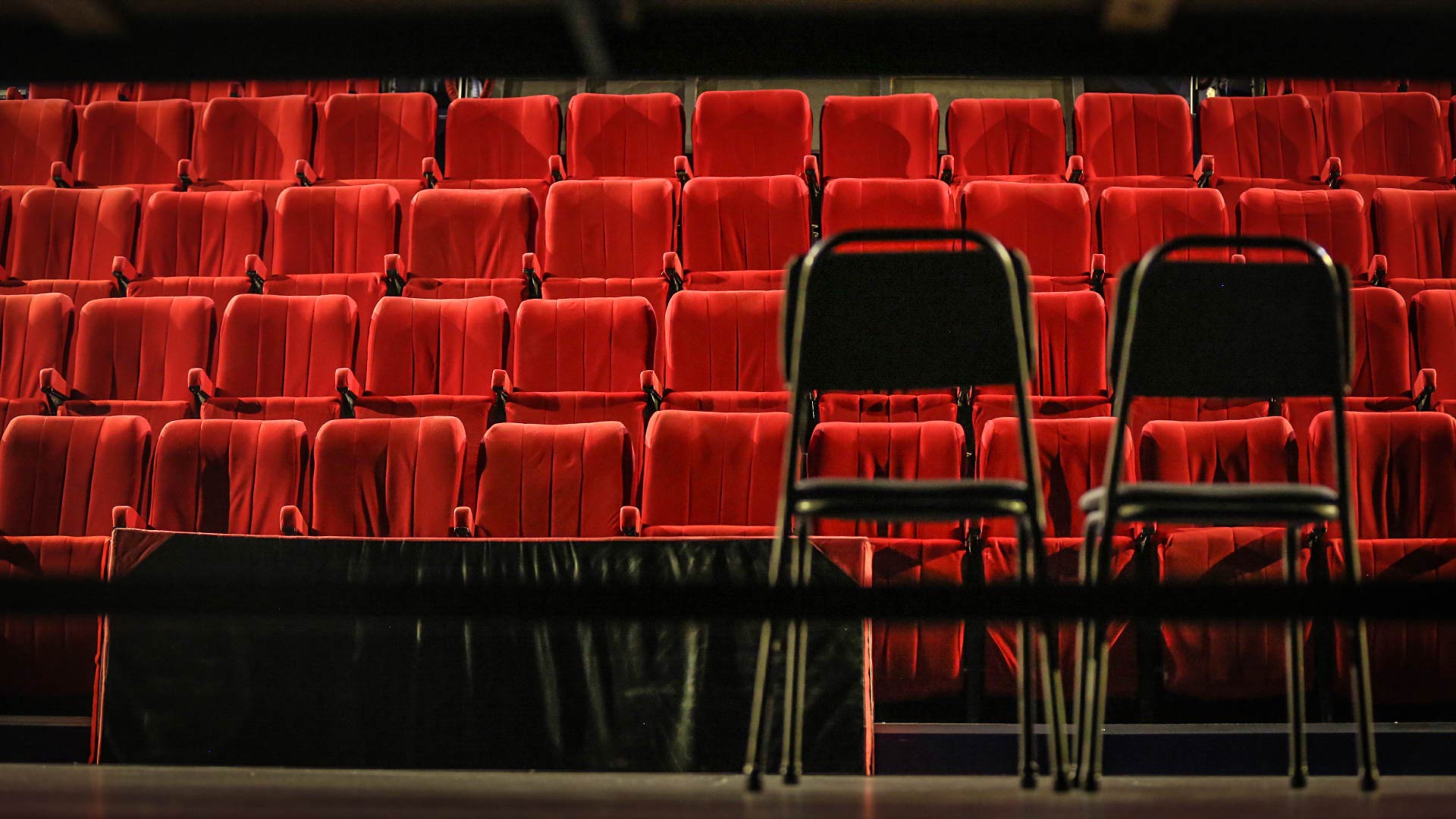 Noujoud Rejbi
| 13 November 2020 | 8 minutes
To fight spreading of the Covid-19 pandemic, movie theatres were among the first institutions to draw their curtains closed. An entire industry is holding its breath and professionals are ringing the alarm bells. “If things continue like this, we will no longer exist in 6 months.”
Feature story

"There is no way for us to compete with these giants": Small-scale farming, an industry at the brink of extinction 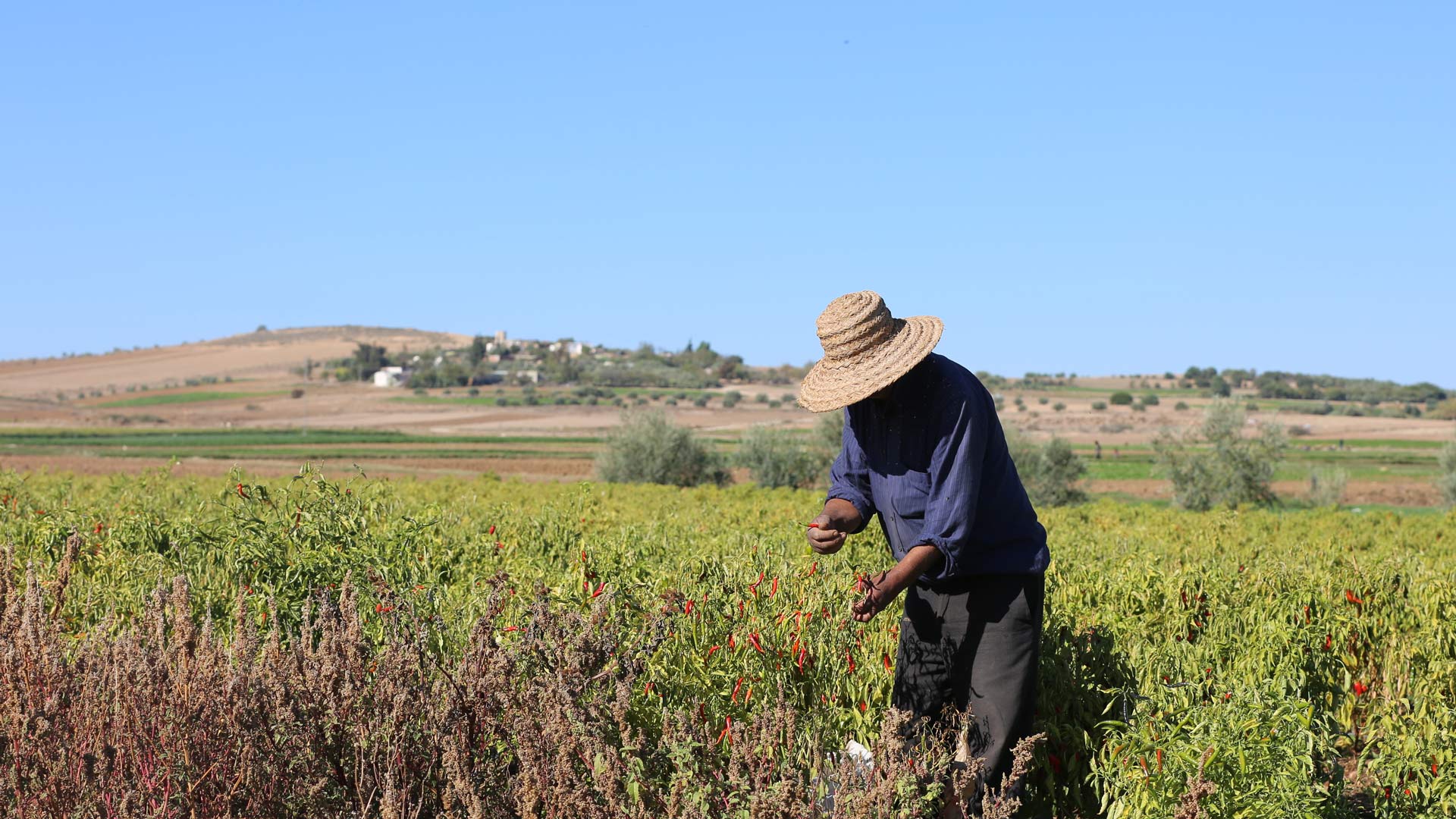 "I just couldn't go on in the same way. I had 12,000 dinars in debt, so I ended up abandoning it all." Merely in his early thirties, Hosni Ghanay is a former farmer from Douar Gharghiz, near Jendouba. In the region and elsewhere, many farmers express that they feel powerless in the face of an agricultural structure that suffocates them. 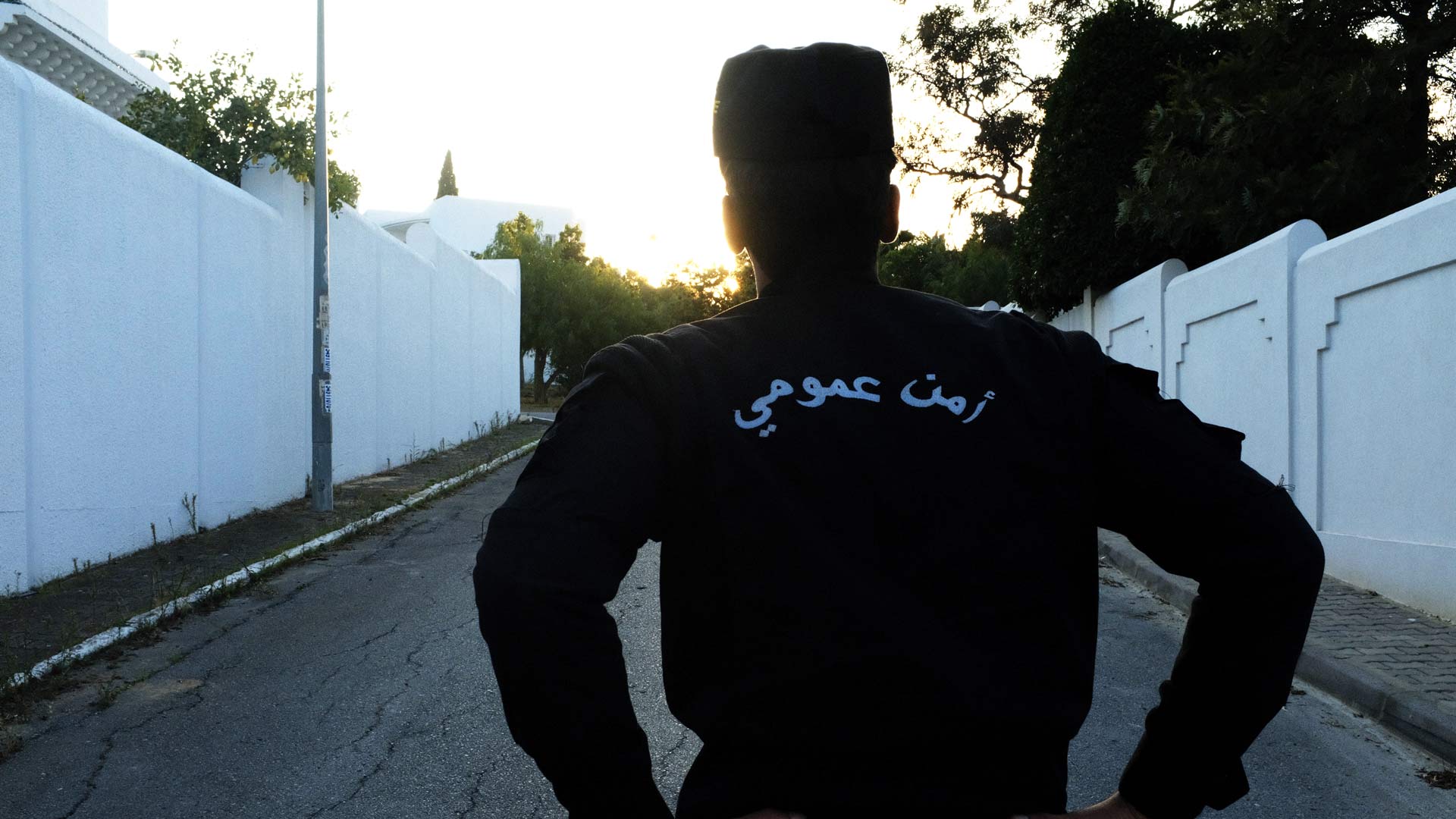 the Editorial Team
| 01 November 2020 | 0 minutes
Tahar is a security officer. Despite his salary and a few bonuses, he has trouble making ends meet, and has had to take out several consumer credit loans. He chose his carreer path out of "necessity" after the revolution, because "there is no work in the country".
Investigation 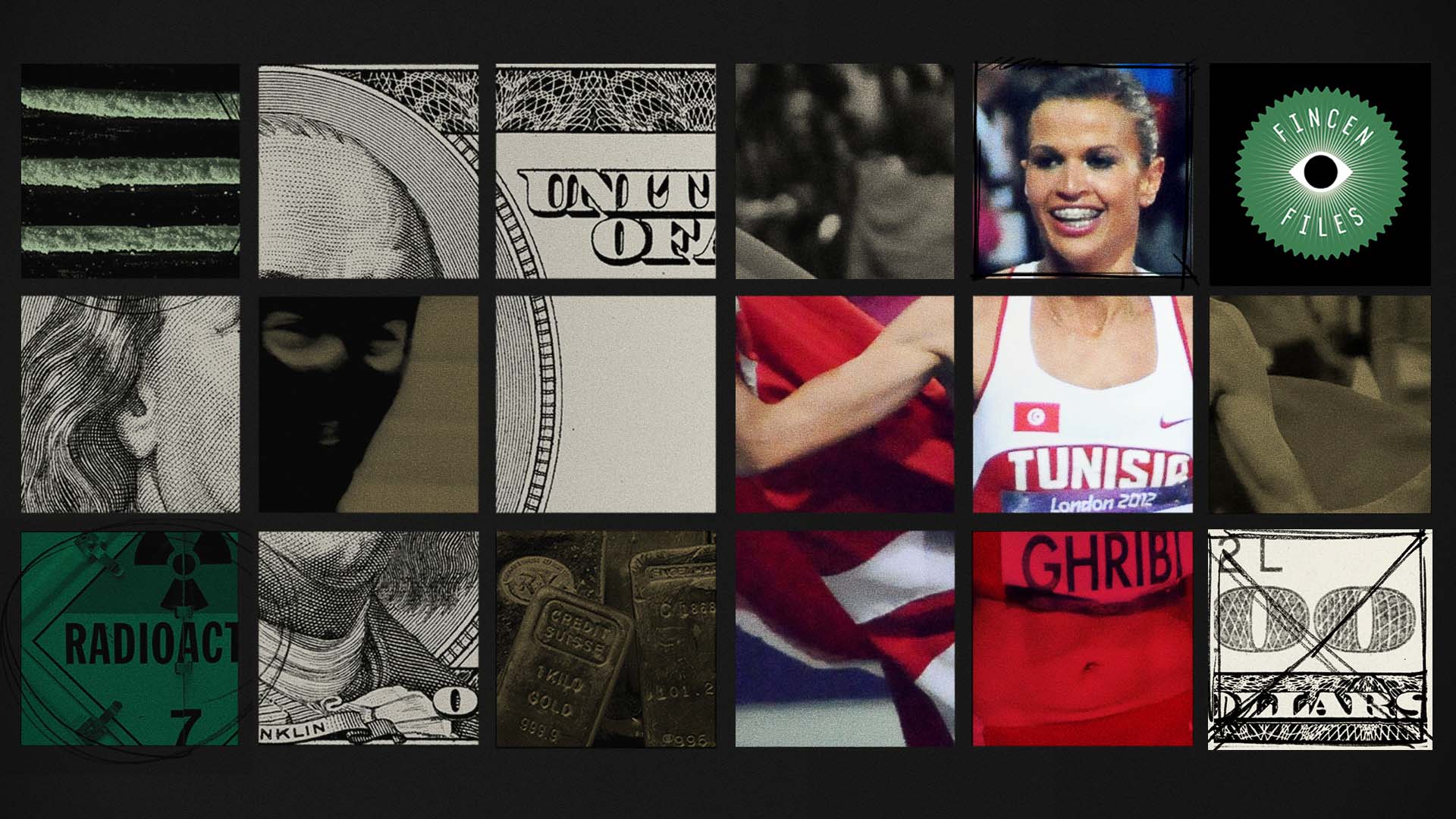 Monia Ben HamadiMalek KhadhraouiWill Fitzgibbon
| 20 September 2020 | 12 minutes
What is the link between Olympic champion Habiba Ghribi and the U.S. Treasury Department's Financial Crimes Enforcement Network (FinCEN)? Based on confidential reports, this investigation reveals how U.S. banks took years to report suspicious transfers amounting to millions of dollars linked to one of the biggest doping scandals in the history of sport. The Tunisian athlete is one of the main victims of this injustice.
Investigation

Without regulation of global banks, dirty money is both breaking dreams and taking lives 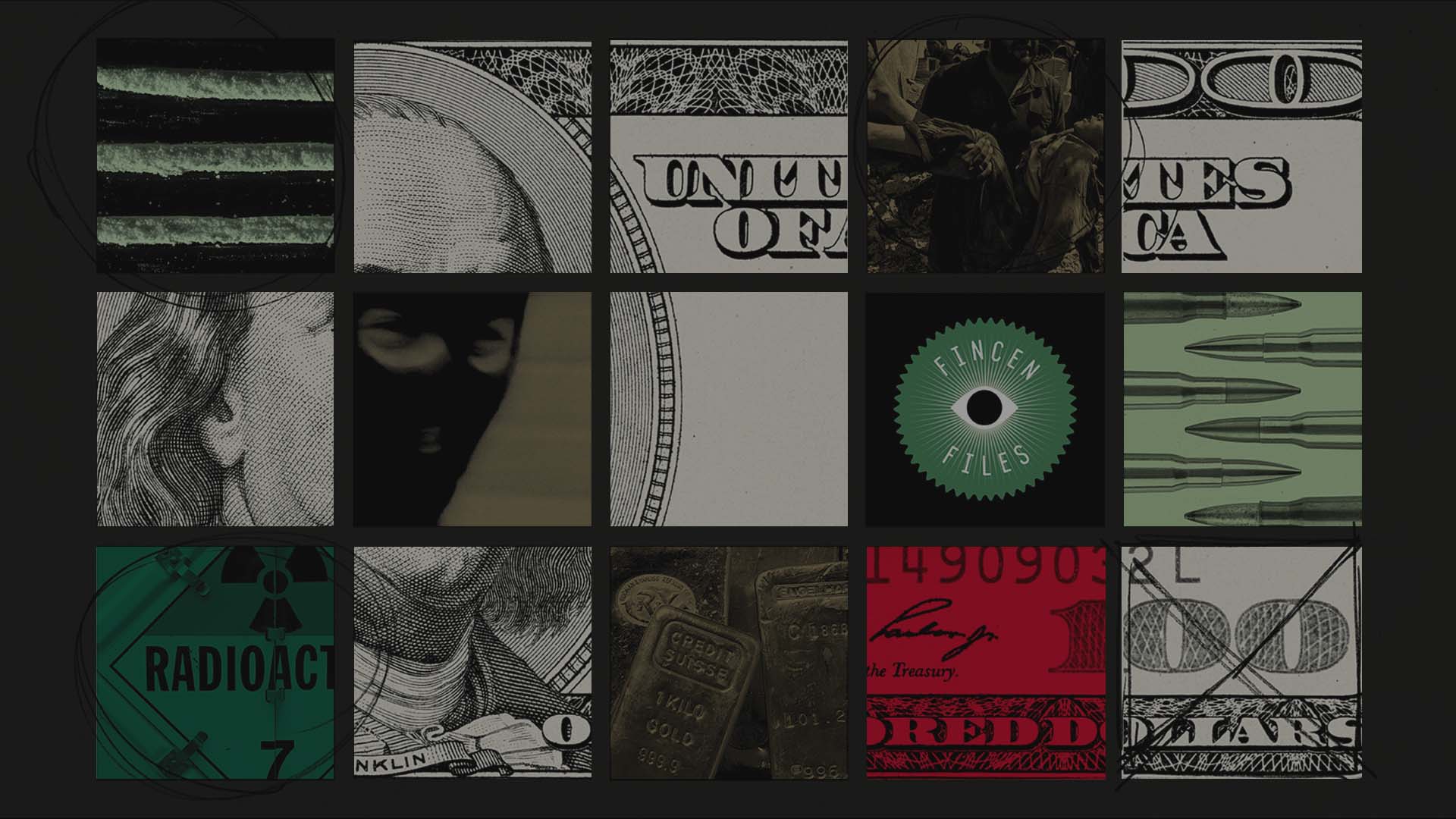 Will FitzgibbonICIJ
| 20 September 2020 | 25 minutes
From Tunisia to Turkmenistan, Ukraine to the United States, this survey reveals the human cost of global monay laundering. A secret financial database obtained by BuzzFeed News and shared with the International Consortium of Investigative Journalists (ICIJ), including Inkyfada, reveals that more than $2 trillion in suspicious funds have been circulating around the world.
Display more content
inkyfada.com is a project of the association Al Khatt