Cinema and epidemics, a professional community in great difficulty

To fight spreading of the Covid-19 pandemic, movie theatres were among the first institutions to draw their curtains closed. An entire industry is holding its breath and professionals are ringing the alarm bells. “If things continue like this, we will no longer exist in 6 months.”
Written by
Noujoud Rejbi
| 13 November 2020 | 8 minutes | Available in ArabicFrench

“It’s normal to take certain precautions, but it doesn’t make sense to close cultural spaces ahead of coffee shops and restaurants.”

The director of Le Rio is still angry. He already had to close for the first time in March, when first Covid-19 cases had been detected in Tunisia and the lockdown was about to begin. Habib Belhadi is not the only one to be unhappy with these restrictions. Without cinema screenings, the whole chain of production finds itself considerably slowed down. Film directors, technicians, producers, distributors: the whole industry is affected.

In March 2020, 2 days after the release of his movie, film director Ala Eddine Slim was informed that it was abruptly pulled from screenings, following the announcement of cinema closures. Helpless, he had no choice but to postpone the film’s release until October. But once again, things didn’t take a fortunate turn and he ended up having to cancel everything due to curfew. The film’s release is now postponed indefinitely.

Habib Belhadi spends 9000 dinars per month to sustain his movie theatre. He has struggled to make ends meet ever since the start of the pandemic. “ There’s no revenue anymore, only expenses”, he complains. At CinéMadart in Carthage, owner Kaïs Zaïed confirms this and explains that he is no longer able to cover the rent and bills for his cinema. He is managing for now but is worried about what the future holds.

“There’s no clarity and no end in sight. Unless there’s a miracle, I think many cinemas will have disappeared by 2021” he worries. 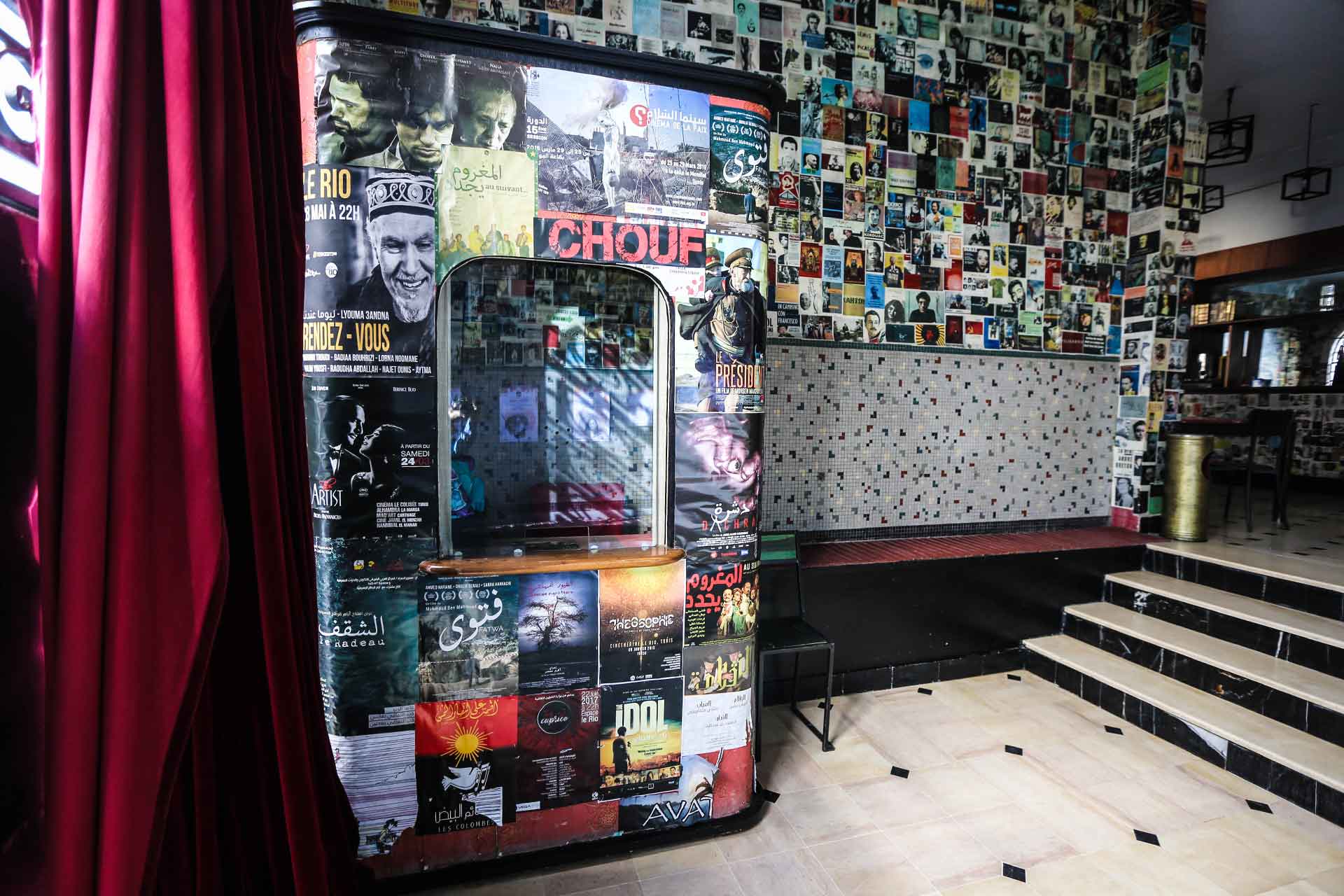 Closing down during the two months of initial confinement was particularly difficult: " It was a sharp blow to shut down in March since it’s high season, and we were screening important films that were doing very well”, he adds. A few cinemas reopened in summer, hoping to make up for lost time and re-attract their audiences - but this was not the case at all. “ The resumption of screenings in June was a catastrophe; revenue was very low. To cover our costs, we would need around 1000 customers per week - but this summer there were weeks when we barely had 50 customers”, says Kaïs Zaïed.

He ascribes this drop in attendance to fear of catching the dreaded virus. Mandatory masks, temperature checks by the entrance, social distancing measures such as empty spaces between seats and markings on the floor: he had meticulously respected the health protocol, yet without managing to reassure the public. “ People are afraid. Those who come are clients who want to show their support for the local cinema, but it’s far from being enough.”

In the hopes of curbing the damage, the two cinema owners asked for governmental help, as a cultural fund had been established in March with the help of private donors. According to Chiraz Latiri (former minister of Cultural Affairs and creator of the fund), cultural workers were estimated to have lost 15 million dinars during the two month confinement.

According to Mohamed Frini (director of Hakka Distribution), the fund was supposed to offer compensation to cultural workers, covering part of their costs for employment and rent over the three months of confinement. It’s “ 6900 dinars for three months” for Le Rio, Habib Belhadi clarifies. “ It’s not much, but it’s better than nothing. We tell ourselves that the government is helping us a little but the wait is way too long”.

Noomane Hamrouni (head of the executive committee of the fund), explains that “ administration problems slowing down the compensation process” are what’s justifying the delays. Some cultural spaces did receive support, but many others are still waiting. Applications from other sectors, such as the music sector, weren’t even considered.

Only applications submitted by cinemas, theatres and publishing companies were handled. According to information provided by Noomane Hamrouni on the 16th of October 2020, other sectors such as the music sector are still on hold.

A production process at a standstill

The whole chain of production is affected, way beyond employees at movie theatres, which holds particularly true for film technicians. Mounir Baaziz (film director and head of 'Mutuelle Tunisienne des Artistes'), tells us the story of a film technician living with no income since January. Unable to cover her monthly expenses, the bank threatened to seize her house. Mounir Baaziz says he has been confronted with these types of situations on a weekly basis since the pandemic started.

As a result of the drastic reduction of film shootings, many cultural workers haven’t been working for months. “ As for me, my last shoot was in March. Other film directors went through with a few but it’s not how it used to be, and it doesn’t employ enough people.”, comments Dorra M’Hamdi, assistant director.

“ Only 15 people are allowed on a film set now. It’s therefore complicated that a technical team sometimes is made up of 50 people” says film director Abdelhamid Bouchnak.

The situation is also difficult for producers and distributors. The former is in charge of film shootings and financing, and the latter plays an intermediary role between producers and distributors. Since the start of the pandemic, movies have been piling up on desks without the possibility of projecting them. “ Each time we announce new dates, it’s without knowing if we will be able to fulfil this promise", laments Mohamed Frini, director of Hakka distribution. His company, which usually distributes about 40 movies per year, has only distributed 12 since the beginning of the year. Mohamed Frini also applied for the cultural recovery fund but hasn't received anything as of yet.

“ Our main concern isn’t to figure out how to deal with the pandemic now, but rather knowing what will remain after all of this", he worries. 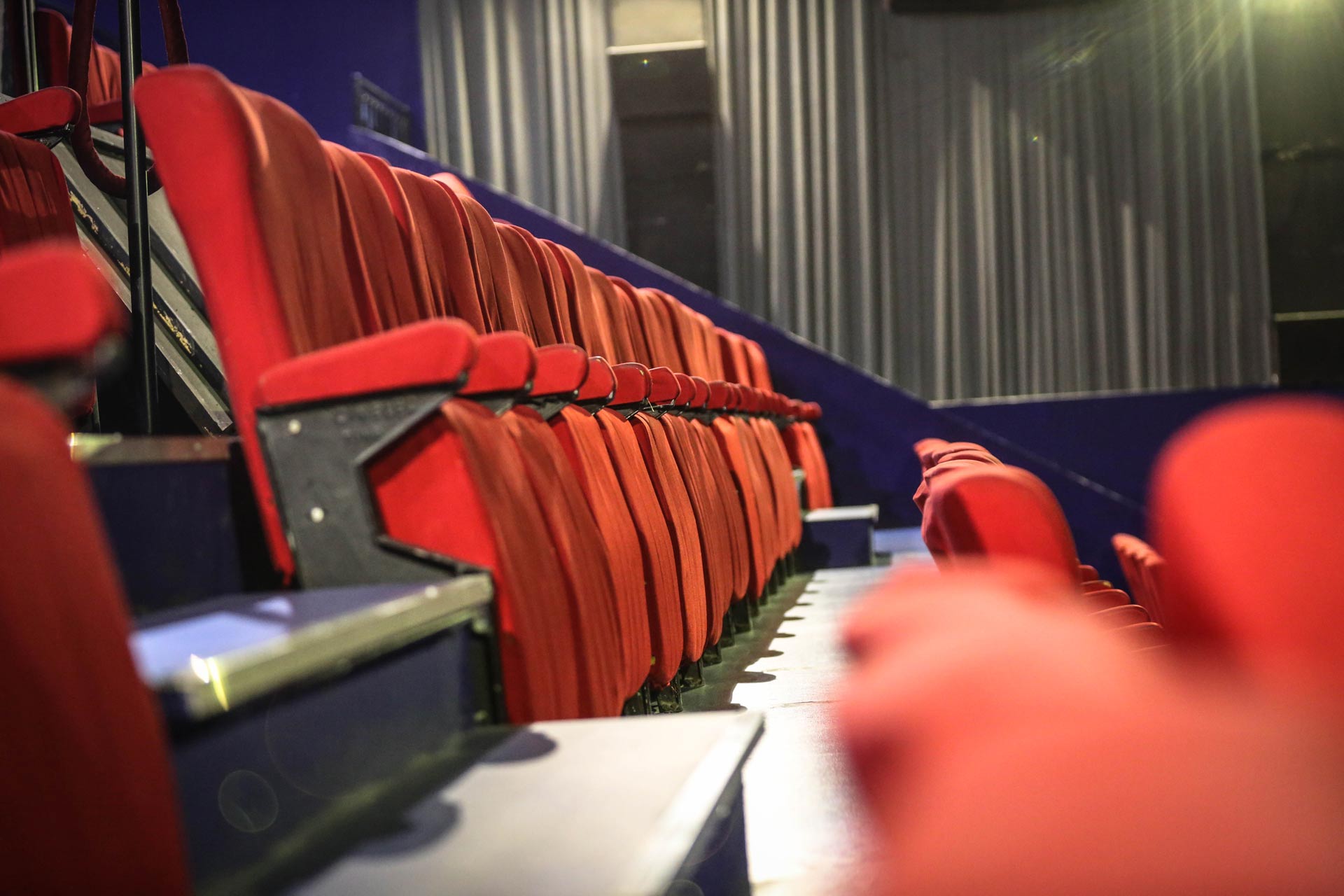 In Tunisia, not everybody is able to benefit from the cultural recovery fund. According to Chiraz Latiri, creator of the fund, 70% of the sector’s professionals are working within the underground economy. Many of them don’t have documents proving their affiliation with the sector, a mandatory requirement to obtain financial support.

To be able to meet the needs of the many applications, the ministry benefited from donations from private donors as well as from the Tunisian Copyright Organisation (OTDAV).

Unregulated, the status of the artist remains uncertain, while their intermittent status is unspecified under the Tunisian labour code. A draft law has been on the table since 2017 but is still in deliberation. “ It goes from one minstry to another without presenting any real solutions”, explains Mounir Baaziz.

According to Dorra M’Hamdi, a law uniting all cultural workers is more than necessary. “ We don’t have a law that standarises a technician’s wage for example, they are all paid differently. We should have more legislation and structure.”

“ All the texts about culture are obsolete”, insists Chiraz Latiri. In office since February 2020, the former minister claims to have attempted to reform the sector before being replaced by Walid Zidi during the ministerial reshuffle in September. “ This constant reshuffling of ministers does not facilitate work continuity”, complains Mounir Baaziz.

Barely a month later, Walid Zidi was replaced by Habib Ammar, the Minister of Tourism acting as interim minister.

“ The very fact that the Minister of Tourism is handling matters of culture shows how very unimportant this sector is to them. This is a terrible message for the government to send”, laments Abdelhamid Bouchnak.

“ The pandemic has merely highlighted the sector’s pre-existing problems", Dorra M’Hamdi explains. “ I feel like the decision makers here are unaware of how fragile the cinema sector is and how much it relies on an audience. When they advise you not to go there, they are implying that it’s a dangerous place to be, and this influences people’s perception”, continues Kaïs Zaïed. “ One sentence - or even one word - can destroy the many years of work put in by people in the sector, trying their best to get the public to return to the movie theaters that they abandoned in the 90’s and 00’s”, he adds.

On the 15th of Novembre 2020, the government is due to announce a health protocol to be put in place for cultural activities. Workers are hoping to resume their responsibilities after months of inactivity.

This article has been written with respect to gender sensitive language.

Edition of the English version
inkyfada.com is a project of the association Al Khatt