This illustrated series is an original dive into the inner workings of the Tunisian antiterrorist justice system. The series is an extension of the documentary " Daech, le dilemme de la justice", and is comprised of investigations and interviews compiled over the course of two years, in an attempt to shed light on the issues of the Tunisian anti-terrorism agenda. Our team at Inkyfada managed to obtain unprecedented permission to depict the trials of terrorism-related cases in Tunisia. They had access to the inner workings of the courthouse, conducting exclusive interviews with the Tunisian judges and lawyers in charge of high-profile cases. These 5 episodes aim to explore the multiple facets of jihadism and antiterrorism mechanisms in Tunisia: covering the trials at the Tunis courthouse to the origins of this systemic 'disaster', as well as the risks involved in detainment and arbitrary control measures, and the repatriation of Tunisians detained in conflict zones.
Coming Soon

Inside courtroom No. 6, the accused appeared respectively before the judges and the lawyers as their families anxiously observed. From the tremendous amount of pressure, one woman collapsed. Her father, among the onlookers, broke into tears. It is inside this courthouse where hearings were endlessly held, condemning hundreds of suspects for being directly or indirectly linked to cases of terrorism. These young people embodied the painful debate concerning the justice system, security institutions, and the public opinion.
Coming Soon

Following the two terrorist attacks in Ghriba and Soliman (2002 and 2007 respectively), the propagated image of terrorism not being native to Tunisia was shattered. In 2011, a general amnesty for all political prisoners (including those involved in the Soliman attack) further contributed to the already fragile security situation. Between political negligence and tightened security, the handling of terrorism-related cases in Tunisia over the past two decades provides necessary insight for understanding the precarious situation today.
Coming Soon

Should Tunisian ex-combatants of the Islamic State be repatriated en masse in order to be brought to justice? This is a divisive issue in Tunisia. For many this would be entirely out of the question. Given the widely differing estimates, it would be tricky to try to present an exact number of potential returnees*, thus the National Security Council has decided that for the time being, only a few individuals will be repatriated. However, the challenge remains in the inability to guarantee a fair trial.
Coming Soon

Those accused of terrorism are often given ‘preferential treatment’, a.k.a. brutal arrests, torture, systematic incarceration in degrading conditions regardless of the severity of the offence, etc. When they are subsequently thrown into prison without being distinguished from ordinary prisoners, a radicalisation machine is set in motion inside the prison cells.
Coming Soon

On Wednesday September 5, 2018, Mohamed Dhia Arab poured petrol on himself, took out a lighter and silently set himself on fire in front of the police station of Menzel Bouzelfa while the policemen watched on. To those close to Mohamed Dhia there was no doubt: he committed suicide as a result of being restricted by S17 measures. Being prohibited to leave the country and permanently surveilled by the police made him feel as if he was living in an open-air prison. There are thousands of people like him on the S17 list who are sometimes not even aware of it - completely disregarding their fundamental rights.

As evoked by the title, this series deals with the challenges facing Tunisian democracy, through exploring the multiple dilemmas of the antiterrorist justice system today. The dilemmas that first spring to mind concern the clash between security measures and human rights, that is to say: the right to return versus national security; individual versus collective trials; the rights of local victims versus a country's right to prosecute their own nationals; and responsibility and accountability in various areas that are propelling this growing phenomenon.

From the very beginning of this investigation, I was faced with the murky waters that would engulf anyone attempting to tackle the antiterrorist justice system in Tunisia. The deeper I delved into these obscured waters, the more I found myself in a limbo of contradictory information. Even though the Tunis courthouse gradually opened their doors to us, I cannot claim that the same commitment to transparency was present throughout all institutions.

The Tunisian authorities - or rather, the most impenetrable of them: the Ministry of the Interior - and penitentiary institutions (under the guise of national security) seemed able to endlessly justify this. In 2020, about 10 years after the 2011 Revolution, it would be ill-advised to impede any investigations, as it would be difficult to prevent the many NGOs (such as the ICRC to the OMCT and Amnesty International) from visiting prisoners and issuing reports on torture methods and mistreatment. This is all the more difficult given that international cooperation on terrorism-related issues is a well-oiled machine, and the budgets allocated by the EU in recent years have to be justified. Security aid donors demand due diligence for the 'human rights component'. However, the respect of certain Western democracies for human rights in regards to antiterrorism (notably France's unspeakable persecution of their own nationals in Iraq) is certainly up for debate.

Nevertheless, the arrangement is clear. European officials admit that they have almost no reliable information on where the allocated funds end up, nor any guarantee that human rights will be respected in the process. Despite this, there is no question of withdrawing financial aid in response to this, as it would be considered too risky in terms of security. As a result, the donors are trapped in this grey area, along with fundamental rights.

The most apparent justification for the lack of transparency can be found in the significance ascribed to public opinion. Public opinion has been marked by a series of violent political episodes since 2011, starting with the sit-in at the University of Manouba, and continuing with the recent double suicide attack in front of the American embassy. Between these two events: a string of violent assassinations of soldiers on Mount Chaambi; the assassinations of political opponents Chokri Belaïd and Mohamed Brahmi; the 2015 attacks in Bardo and Sousse; the attack orchestrated by a cohort of jihadists on the border town of Ben Guerdane; as well as a number of suicide attacks of lesser magnitude as a direct result of increased weapon control.

To this it should be noted that Tunisia is enormously dependent on the image that they project abroad. Whether it is a question of promoting tourism or some other economic investment, one can clearly understand the absolute necessity for the executive powers to reassure international public opinion at all costs. Since 2016, this could basically be read as follows: "I f you no longer see our jihadists, it must mean that they no longer exist ". A necessary evil, some might say, or a denial at the cost of infringing upon common sense and human rights according to others.

The clear danger of a security approach that is made to be indispensable does not lie in the fact that it is prioritised by Tunisian authorities, but that it excludes all possibility for other approaches. Even if the general approach has evolved positively since the fall of Ben Ali's regime (and torture is no longer part of institutional and state culture), it nevertheless perpetuates a negotiable state of law, inherited from the dictatorship. " We have provided the appearance of security, so don't come here investigating human rights". And anyone who dares to do so is symbolically bunched together with those in support of terrorism. According to a recent report by the World Organization Against Torture (OMCT), the majority of Tunisians say that they are against the death penalty and torture, except for when it comes to cases related to terrorism.

A security approach alone is not enough - we have to also consider what comes next, and perhaps even more so what led up to it. What social projects could help decrease the radicalisation of youth? What are the plans for de-radicalisation whilst in prison? What is the reintegration strategy for civilian life after imprisonment? There are a multitude of questions that have yet to be answered.

A magic solution does not exist for Tunisia any more than for the rest of the world. To face these complex issues, a balanced approach that necessarily factors in a non-negotiable social component is required, and such an approach undeniably has to be patiently developed. The following episodes serve as a reminder that by trying to conceal the phenomenon, it is only made even more insidious and incomprehensible - and an even greater threat for the future.

The narration and sequence of events were reconstructed from interviews with political and security officials, court records, and reports from various organisations such as the Tunisian Forum for Economic and Social Rights (FTDES) and the Washington Institute (Aaron Zellig). 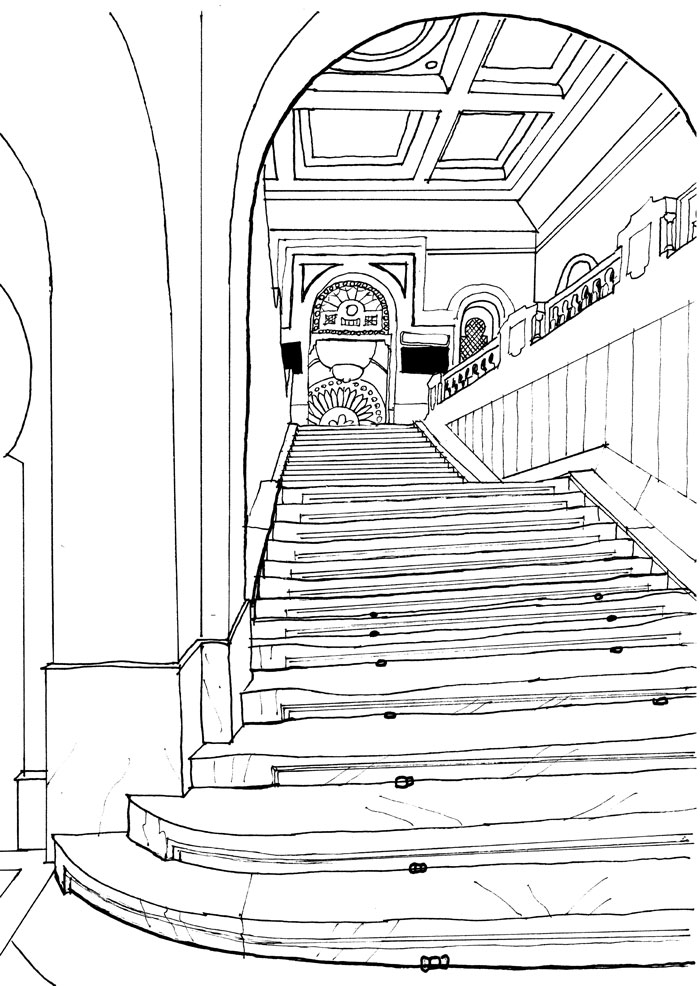 There was a time not so long ago (pre-Covid), when the fate of ex Islamic State combatants (IS) monopolised public debate, and the question of terrorism (à la Daech, 2010s) took precedence over social, ecological and health issues, and was a top concern in European public debate. For those who took the time to follow the debates on television and various other forums, one witnessed vindictive passions: "t hey have chosen to go outside our laws, let them die on the spot", in opposition to advocates of rule of law': "l aws of exception are a dangerous path to tread". In between the two, there was little space for those who above all demanded justice for the victims. What victim would want to see their executioner condemned in their name by a rigged trial - or killed without public recognition of the crimes committed? In the name of what, if not pure agony, were the thousands of angry voices calling out, demanding immediate execution of the cursed souls, responsible for the worst of crimes? These voices  echoed throughout Iraq, Syria, Libya, and the mourning capitals of Europe and the Sahel, as the vigour of the debate was equal to the legitimate indignation induced by the horror of the crimes.

In Tunisia (a country that, according to the UN in 2014, had liberally provided the largest number of foreign fighters to IS), the very same condemnations were made the day after each violent event, without any debate taking place, and with being completely overshadowed by the turmoil of an ongoing democratic transition. It was within this context that I became interested in understanding antiterrorism from the perspective of the Tunisian justice system, as a reflection of European concerns in the field. The result was a documentary film: " Daech, le dilemme de la justice"*.

Together with the Inkyfada team and journalist Lilia Weslaty, the artist and debuting film-maker ‘Z’  was allowed to depict the trials through unprecedented access to the inner workings of the courthouse and exclusive testimonies from the judges and lawyers in charge of high-profile cases. I would like to thank them here. The documentary is, as is customary, just over an hour, but the accumulation of nearly two years of interviews and research, combined with the countless hours of attending terrorism-related trials (primarily in Tunis but at times also in Europe), definitely deserves an extension. It is together with Inkyfada that we later decided to further explore the details of some of the issues facing antiterrorism in Tunisia.