In the heart of Tunis, by Bab El Khadra, customers flock to the increasingly popular food truck of Habib El Bey. However, on April 30, 2022, in the middle of Ramadan, everything came to a sudden halt: the police arrested Habib El Bey for not having a permit. The problem is that there is no law regulating street food in Tunisia, which leaves the vendors at the mercy of administrative difficulties and police intimidation.
Written by
Noujoud Rejbi
| 21 May 2022 |

Between food trucks and trolleys, and the simple but famous "Ayari" sandwiches, there are many others like Marouan who try to make a living from street food. Although street food is widespread in Tunisia, it is not recognised by the state, making the many vendors subject to the whims and goodwill of the police.

Samir works at "Ayari", selling sandwiches and boiled eggs. "I've been working in the same neighbourhood for 21 years", he says. Recently, he was arrested three times by the police, "I explained to them that I had been there for 21 years, but they didn't want to hear it". They seized his equipment and fined him 60 dinars for working illegally: "I know lots of colleagues who have asked for authorisation, but they don't issue it, and never have", he says. The seller is then forced to repurchase his equipment each time, "it costs me between 150 and 200 dinars. I have a family to feed, I earn between 20 and 30 dinars a day and that's to feed my children".

"The police do as they please, either they arrest you each time or they leave you alone. It depends on their mood."

For Marouan, there have been many administrative inconsistencies. The municipality in his area obliges him to submit a request for authorisation, but when he does so, the response is not clear: "they did not refuse, they left the case slightly open and explained to me that they had no law to refer to and that they could not do anything for me", he explains. From their perspective, the Ministry of the Interior completely forbids him to sell his goods. The young man still continued to work, "I didn't even make it through an hour before the police came and arrested me". 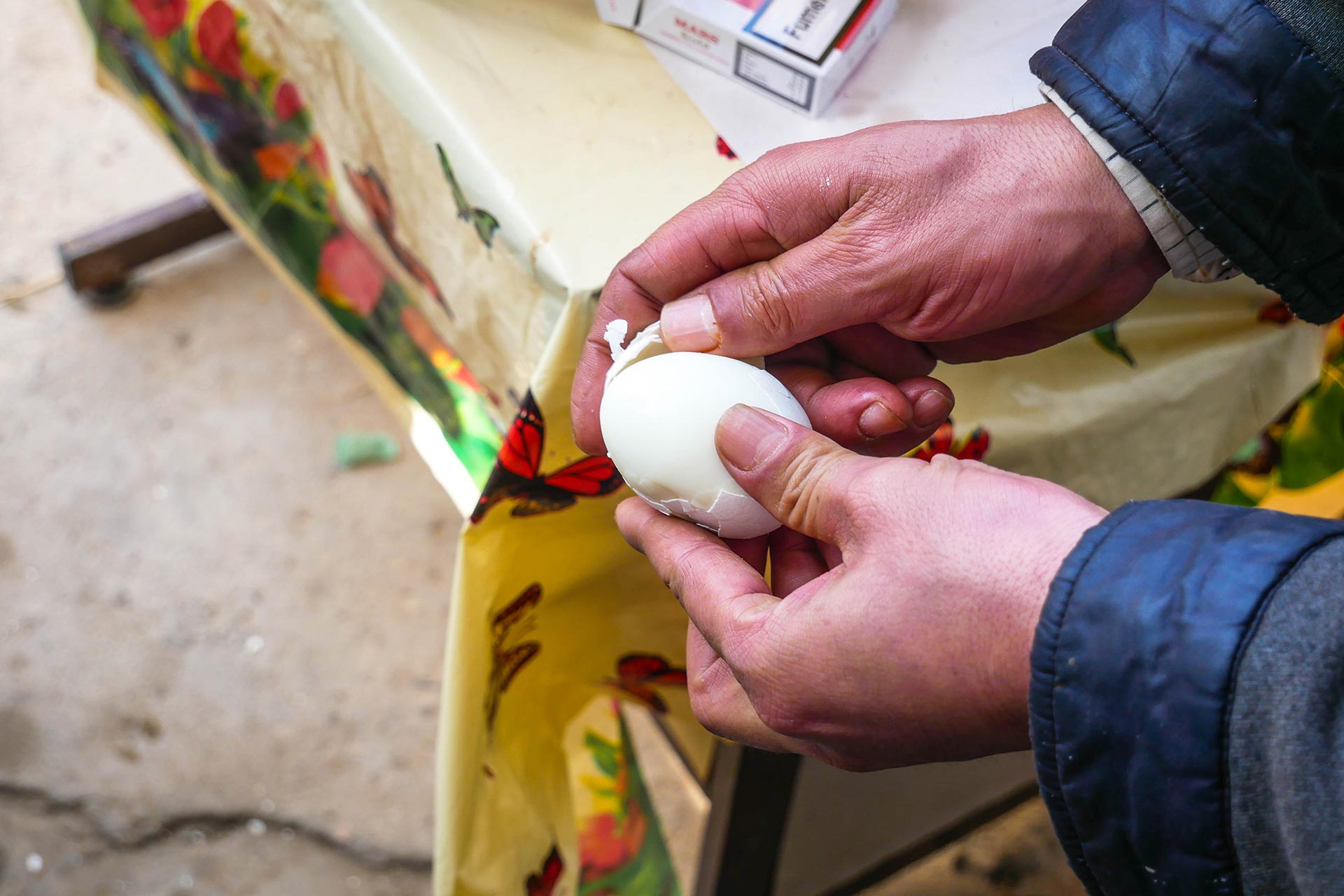 Even though there is a major crackdown on street food vendors, the demand for them continues to grow. "In any case, the Tunisian citizen will inevitably eat the Ayari sandwich whether it is at my place or someone else's", says Samir. "In the morning you can't eat a sandwich for 9 dinars, it's too expensive. People think it's better to get an Ayari sandwich for 1.5 dinars and a boiled egg", he says.

In Tunisia, there is no law acknowledging the presence of street food, "we are facing a legal vacuum" explains Hayfa Soudani, a business lawyer. "This is something relatively new in Tunisia. Legally, when there is no specific law concerning a particular field, it is the general law that applies, which in this case is the commercial code, the consumer protection law and the specifications of the municipalities", she says.

According to Hedia Amor, deputy director of the hygiene department at the Ariana municipality, there are no specifications regulating the sanitary conditions of street food. "The Ariana municipality does not grant any authorisation in this field since it does not exist legally", she adds.

Legally, only the status of a mobile trader is recognised, but this only includes buying products and reselling them "as they are", according to the order of the Minister of the Interior and Local Development and the Minister of Trade and Handicrafts on December 9, 2010, regulating the activities of mobile traders.

According to Hayfa Soudani, there is a need for "a framework law" which would be "between mobile trade and catering". According to the expert, this is becoming urgent "because there are more and more people who want to invest in this field, it has become trendy, it is less expensive and it is profitable". "A law needs to emerge from the field", she adds. 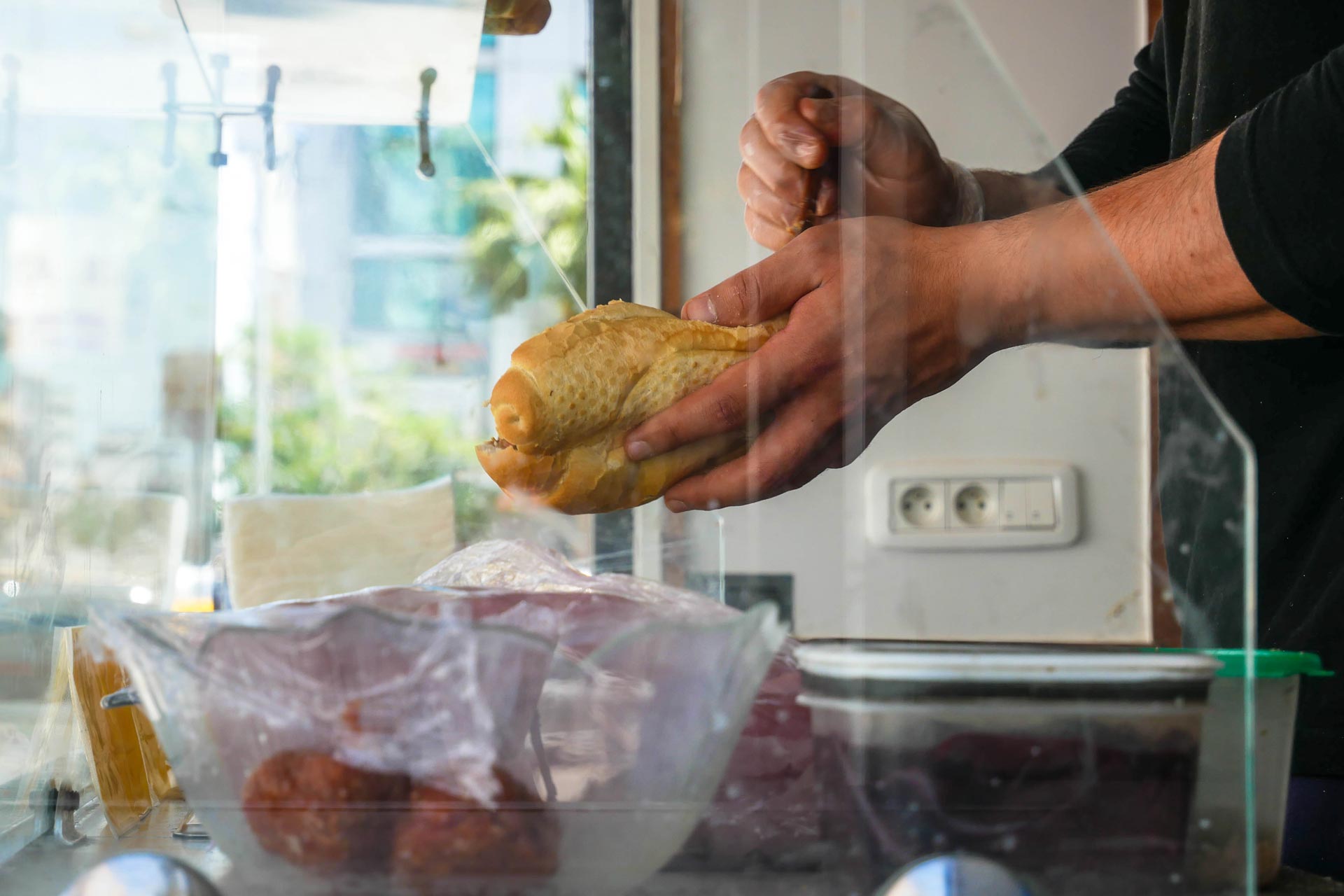 Hedia Amor is of the same opinion, "we have to evolve and make our laws reflect what is really happening, what is currently there". She explains that if tomorrow the Ariana municipality decided to grant authorisations to people who want to invest in the street food market, the health department will have no choice but to follow this initiative, "we will do our utmost to do our job behind the scenes and we will come to monitor" Amor explains.

But the official feels that her powers are limited, as the mere fact that the food truck or cart is mobile could make the monitoring difficult. "If they are ever authorised, I would prefer them to have a fixed location so that we can monitor them, otherwise we won't be able to do it properly", she says. In her opinion, the fact that they will not be able to know where the vendor is would complicate the monitoring process.

This is a limitation that Marouan finds ridiculous, "the concept of a food truck is that it moves, otherwise it's not a food truck", the young man says ironically. He denounces any attempt at an illogical administrative system or daily back-and-forth between the different institutions: he wants to obtain his authorisation, while they, bewildered by the situation, don't know what to do. "At one point the municipality granted me a location but asked me to pay for water and electricity even though my food truck is autonomous". The young man did it anyway, hoping to start working. "The police came and forbade me to work, I told them that the municipality had authorised me, they asked me for written proof. When I went back to the town hall and asked for this written proof, it was refused", he says.

"Everyone tells you whatever they want, it's all talk, nothing is written."

Recently, the civil servant in charge of health explained to him that he had to install toilets in his food truck: "I was stunned, they make it impossible to do anything", he bemoans. "How can civil servants who have been in office for 50 years understand this concept? There is a gap, young people are ahead of their government."

However, some vendors only want to get legal status. This is the case for Ahmed who has owned a food cart for eight years and works at night, "If tomorrow they grant us our own authorisation, I will ask for it. It's better to be legal, to be allowed to be there and in this case the law will protect me if I have problems", he explains. 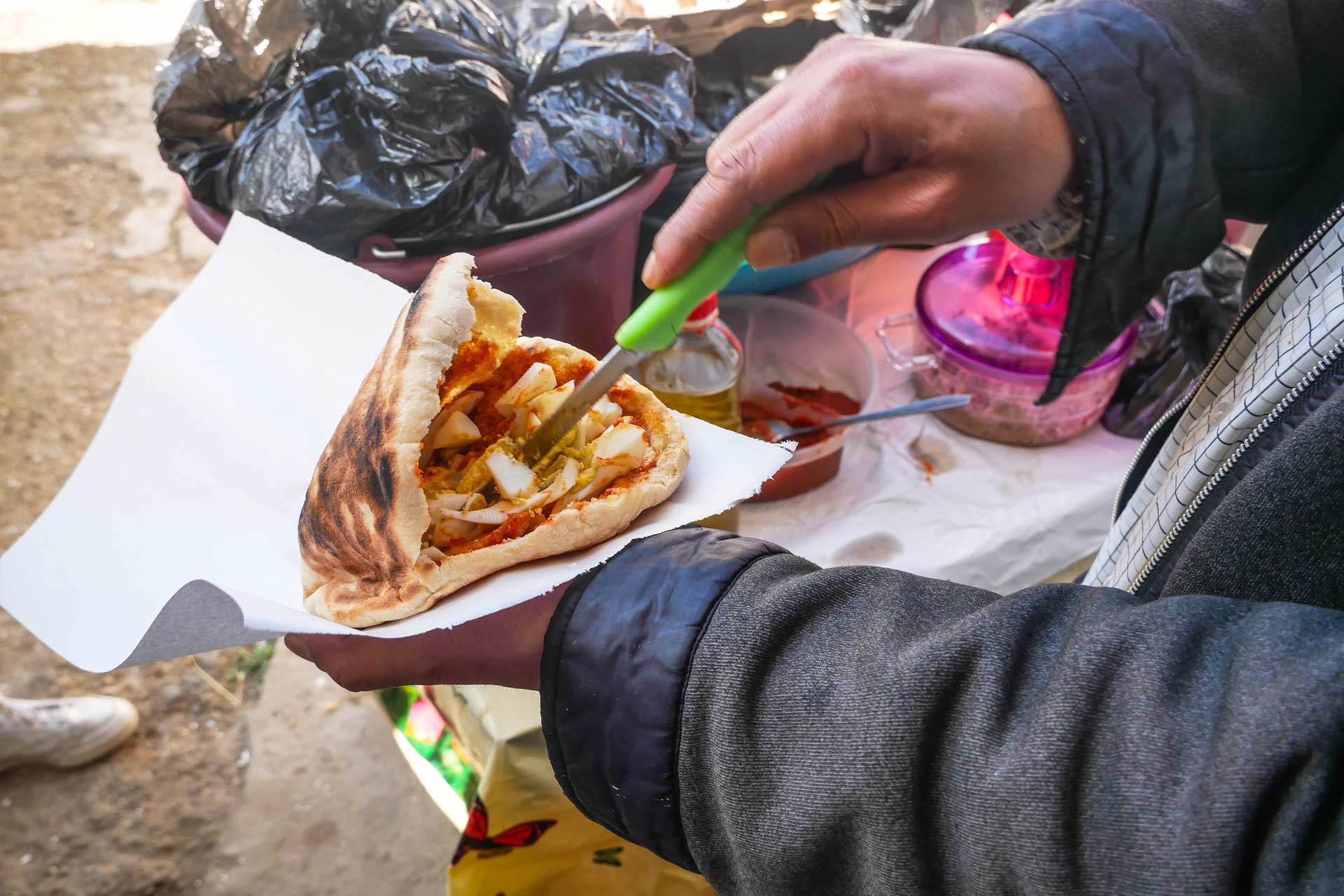 Mehdi Mouelhi, a photographer by profession as well as a food enthusiast, has founded the "Tunisian Street Food Association", which is due to be launched soon. The association brings together, for example, chefs, doctors and politicians. According to the young man, the long-term objective is to push for the adoption of a law that recognises and regulates the field of street food, and to enhance its importance in Tunisia.

A legal vacuum that only reinforces abuse of power

Without any legal framework or recognition to protect them, street food vendors are therefore subject to the whims of law enforcement. According to the testimonies obtained, some feel obliged not to charge officers when they stop by for a sandwich.

Ahmed, for example, said that he was not bothered by the police: "they bothered me only once at the very beginning when I was setting up". The vendor then struck a deal with them: "they let me stay there on the condition that no one complained about me, that none of the neighbours were unhappy with me, and that I cleaned the place up after myself". Since then, Ahmed says he has had no further problems with the police, and also explains that they rely on him to keep the neighbourhood safe, "I liven it up at night and make it safe with my presence".

There are two options for vendors: either to get caught up in the administrative system, which does not recognise them and which will therefore never allow them to do business, or to make deals with the local authorities, i which case, they will not be able to work in peace. "If I wanted to pay the police, I would have done it from the beginning, I want something legal and authorised so that I can rest easy", says Marouan.

According to the testimonies of several vendors, some municipalities have specifications for food trucks but "don't want to disclose them for fear that everyone will invest in this field". The absence of a national framework law allows for this kind of abuse and vagueness. Furthermore, according to these testimonies, these specifications oblige food trucks to install three toilets and hot water: "it makes no sense", says one of them.

The vendors are therefore caught between an administrative system that crushes them, and the police officers who intimidate them. Some of them just wish to fulfil a dream, while others want more prosperous livelihoods. "I admit that I'm getting tired, if it doesn't work, I think I'll sell and leave the country", says Marouan.