Snad and the Dove Woman

Narrated by Saïda El Khadhra, this episode takes us to the kingdom of Snad, where after many years of waiting, the good and charitable sultan finally becomes the father of a long-awaited son. He decides to name him Snad, as a tribute to his beloved kingdom.

As he grows up, the young prince, fascinated by the sea, tells his father that he dreams of sailing off to distant lands. His father refuses, for fear of pirates and storms, but as the years go by, Snad's temptation grows stronger. The son finally sets sail with a team of sailors.

But before long, a storm washes away everything but the prince, who ends up stranded on a deserted island where he encounters doves adorned with crowns of precious stones. The prince soon discovers that once their crowns are taken off, the doves turn into women. He then decides to hide the crown of the most beautiful one, and to return to his country with her as his captive.

One day, the dove-woman comes up with a ruse to make him reveal the hiding place of her crown, and manages to escape. Snad decides to set off in search of her, and so begins an epic journey in which the prince finds himself confronted with a strange and unfamiliar civilisation.

In this episode, Hazar Abidi analyses the tale by questioning the fantasy of the sea and its symbolism, and the frequent recurrence of the Stockholm syndrome in love stories. The analysis also looks at the image of 'barbarians', those strangers who are bound to leave their mark. 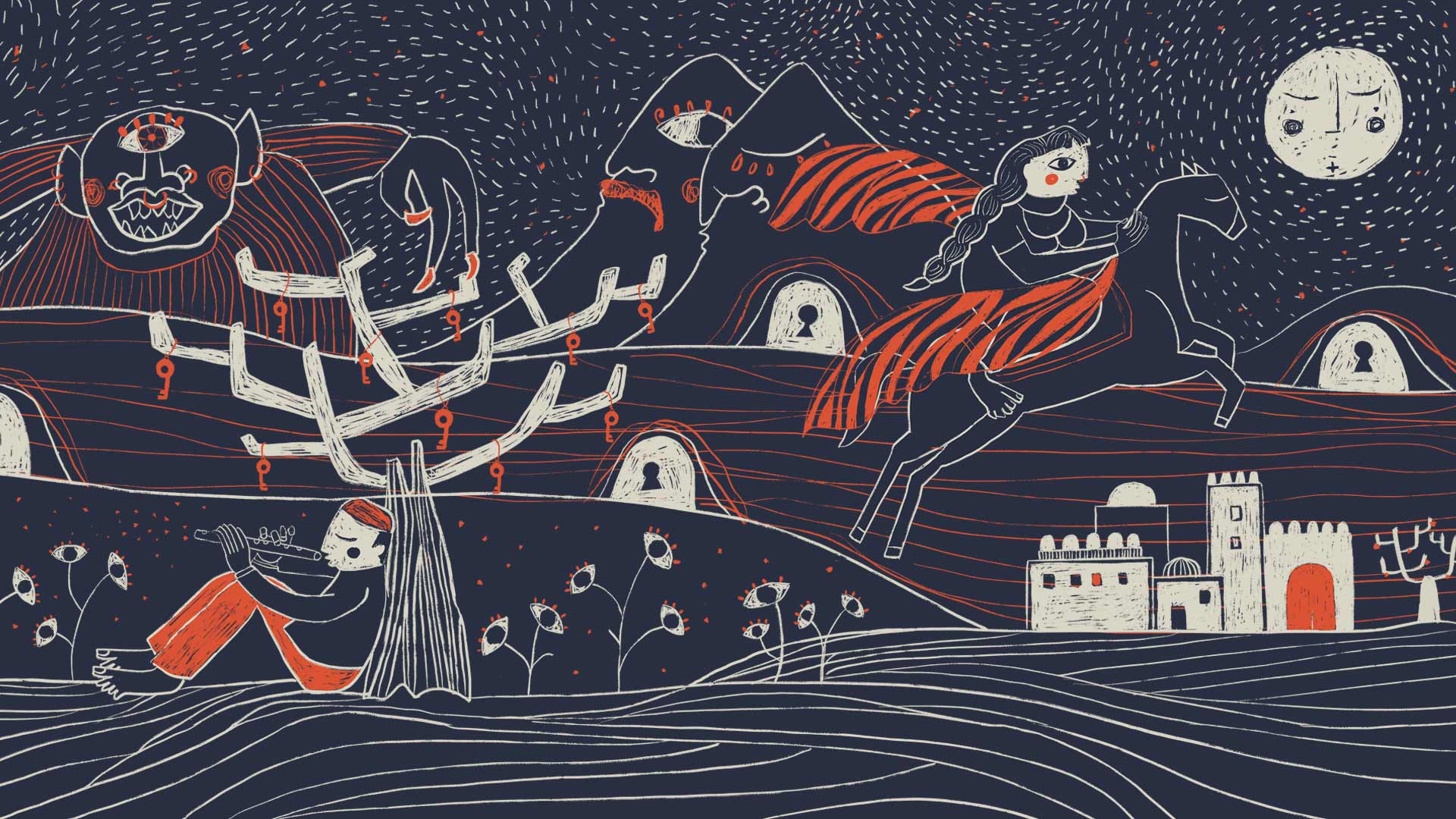 Ija Ya Zmen is a series of Tunisian tales narrated by the dancer and choreographer Saïda El Khadhra, with commentary by Hazar Abidi. These tales, part of a disappearing oral tradition, have been collected by the Inkyfada podcast team in order to preserve them and offer a sociological, anthropological, feminist and alternative reading. 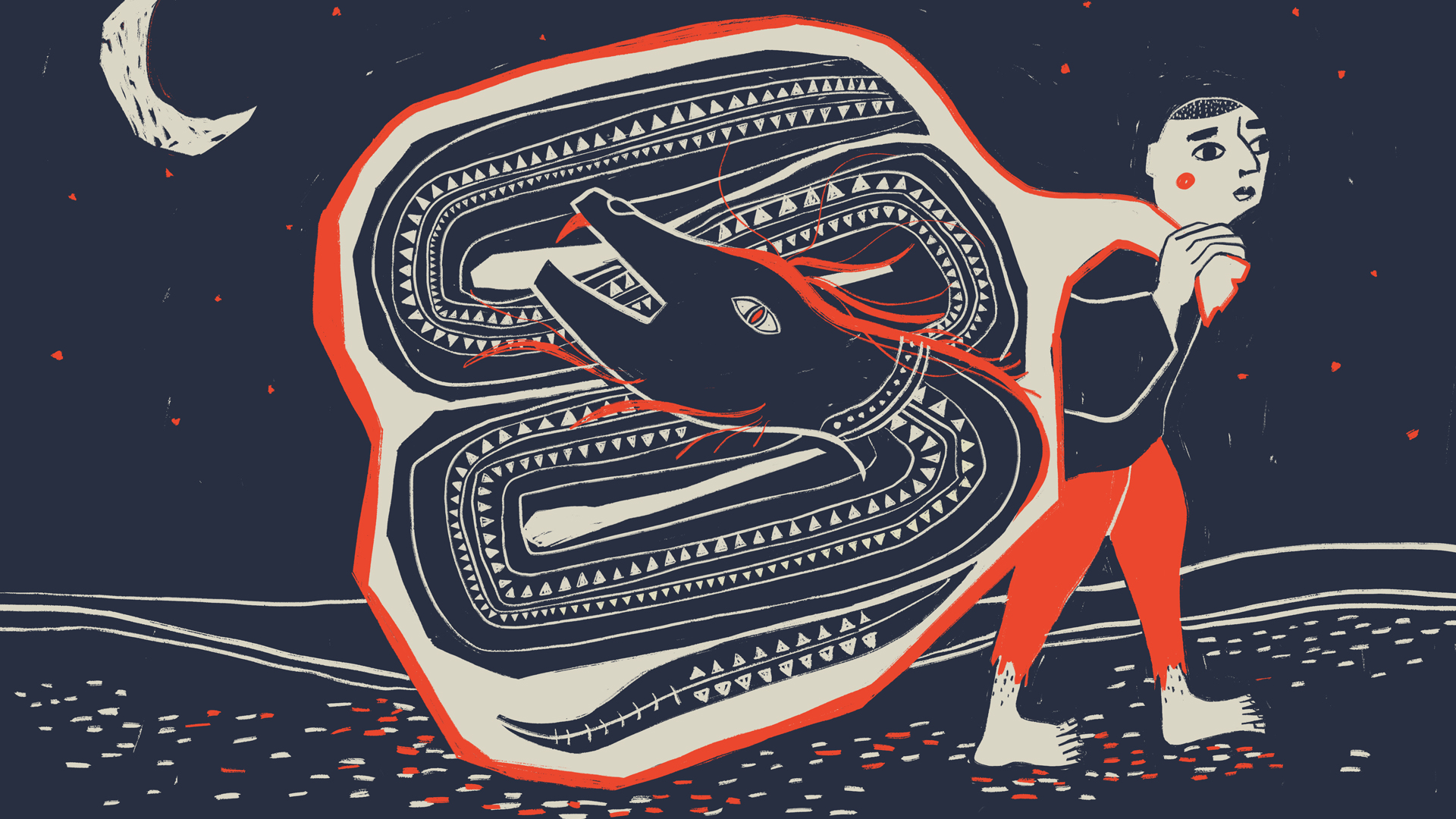 What links the stepfather archetype to faith and the justice of God? This is the story of a young boy who is driven away by a stepfather who threatens him with death, should he return without "Balek". However, no one knows what it is, and so the boy finds himself wandering from town to town in the pursuit of a curious mystery. 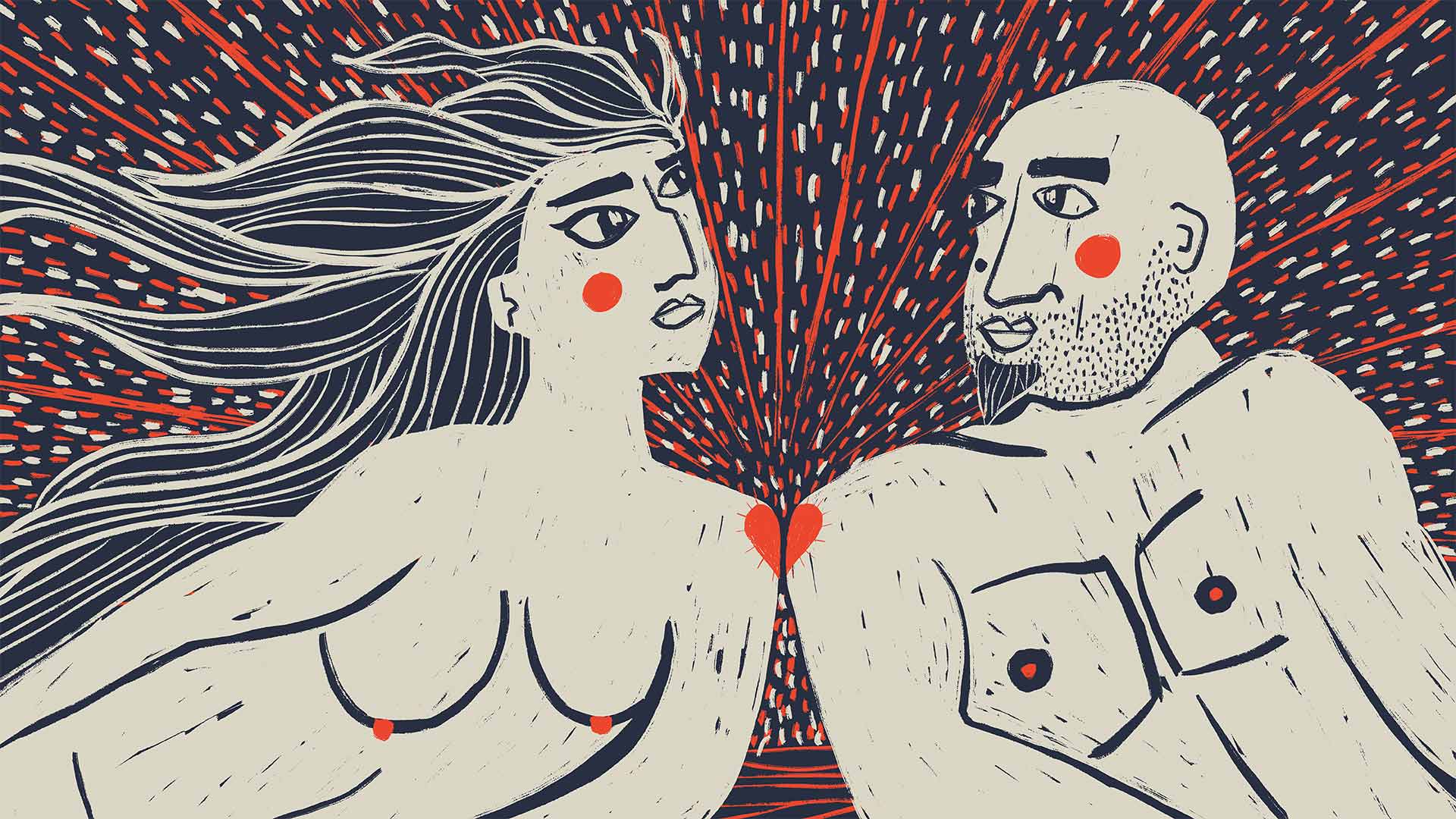 Saïda El Khadhra tells the tragic yet endearing story of a lumberjack and his dog, and the adventures of the lumberjack's daughter Wachma, and her love affair with a shapeshifter that would come to change her life. The episode explores the concepts of inheritance and karma, the notion of soul mates and destiny, as well as the cultural representations of shapeshifters and dogs.

In the second episode, dancer and choreographer Saida El Khadhra narrates the adventures of Ali, the son of a Sultan, who sets off on an adventure and is cautioned by his father to be aware of the dangerous ogress. Terrified, Ali is then kidnapped by this very ogress who ends up falling in love with him and holds him captive. The story of Ali Weld Essoltane is full of elements and symbols that contribute to both establishing and upholding social norms